We are what we eat. So how do you fancy a snack of insects?

Every so often, a food ‘scare/scandal’ story will appear in the media about the ingredients in foods that we buy or consume daily. 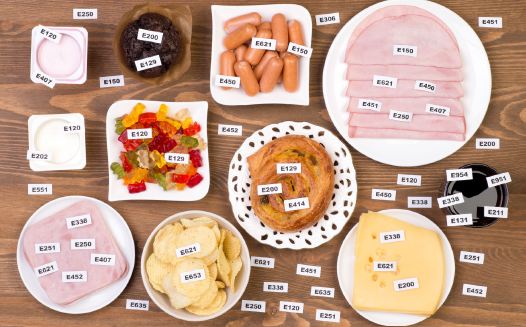 Every so often, a food ‘scare/scandal’ story will appear in the media about the ingredients in foods that we buy or consume daily. For instance, a few years ago, it was about horse meat being found in burgers sold by various supermarkets. Much of the reaction to that revelation verged on repugnance that discerning palates may have unwitting consumed a piece of Dobbin. There was also the concern that there was no mention of a horse on the label.

One of the questions it raised was, what’s really in our food? For instance, the British may not be fond of horse meat but it appears they’re quite happy to crunch or chew their way through insects without a second thought. This might induce a retching feeling in your throat but a bit of insect is probably what you’re sending towards your gut every time you consume anything which includes the additive E120.

It’s found in anything from alcohol to cakes and sweets. Also known as carmine or cochineal, it’s a red colouring derived from – wait for it – crushed carcasses of a cactus-feeding scale insect. Very nourishing.

Or how about E904 (aka shellac, confectioner’s glaze, gum-lac etc). It’s a natural polymer derived from certain species of lice from India. Shellac is used in wood stain and protectant. Oh yes, and in chocolates, sweets and soft drinks. Nearly two decades ago, pupils in class 4CH at Anderton Park primary school in Birmingham discovered that one of their favourite snacks, Walkers cheese and onion crisps, weren’t strictly cheese and onion.

They contained, among other things, animal extract. Their campaign was taken up by the press and BBC’s Watchdog programme. It led to the company changing the ingredients and agreeing to label which of their products were suitable for vegetarians.
Walkers were back in the news in more recent times concerning a similar theme. About 4 years ago, it started adding animal ingredients to some of its crisp products, making them unsuitable for vegetarians.

Last year, it reversed that policy with a company spokesman stating: “We can confirm that we have made adjustments to the seasonings we use on Walkers Smoky Bacon and Roast Chicken Flavoured crisps and that they are now suitable for vegetarians.”
A rare (if not the only) instance when bacon and chicken could be consumed, guilt-free, by vegetarians. Add to that the following: “Beef & Onion and Cheddar Cheese & Bacon have always been suitable for vegetarians,” said Walkers.

One moral from this – always check the label as the contents can change, which is perhaps understandable. What’s not understandable is why bottled drinking water should be labelled ‘V – suitable for vegetarians’ as I discovered with one supermarket product. It’s possible the filtration process adds animal-derived ingredients to it, so it’s always worth having a look at the bottle, for even ‘natural’ water may not be as natural as you think.

Alongside the worry of how ‘unknown’ ingredients may find their way into the food chain is the concern we should have over our lack of knowledge about the ‘legitimate’ components of foods and drinks. For religious, ethical or medical reasons, some of us peer closely at the labelling trying to determine if something’s suitable for consumption. It’s not a fool-proof method or an exact science.

For most of us though, it’s a case of ‘ooh, that looks tasty, good price, buy it’ without giving a second thought to what’s actually in it. Anyone fancy a liceburger?
Mohammed Ilyas is Press and Publicity Manager for Islamic Help. The views expressed here are his personal opinions and not necessarily those of his employer.

COMPANY CAR DRIVERS COULD SAVE ALMOST £7,400

Safia Noor, suspended after she claimed there was ‘No Proof’ ISIS existed