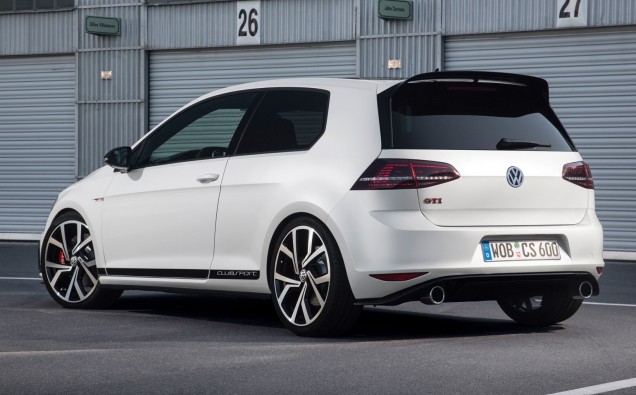 Autocar Editor Mark Tisshaw said: ”Earlier this year we came up with a list of 39 very special cars we believe have changed motoring for the better. Then we asked our readers to choose their favourite.

“The Volkswagen Golf GTI began life many years ago as a bit of a curiosity, but it soon created an entire car market movement – and has led it ever since because its creators remained focused on what mattered.

“Now, as ever, the Golf GTI is one of the true greats of our industry.”

Receiving the award on behalf of Volkswagen at the Autocar Awards this week was the brand’s Head of Chassis Tuning, Karsten Schebstat, who travelled from the company’s HQ in Wolfsburg, Germany, for the event.

The Golf’s success in the magazine readers’ poll comes hot on the heels of a brace of other award wins for Volkswagen’s most popular model.

Online title HonestJohn.co.uk also uses its readers as the basis for its awards and, just a few days ago, the Golf was named top of its Small Family Car class for 2017.

Managing Editor Dan Powell said: “HonestJohn.co.uk readers love the style and refinement of the latest Golf, with it coming out top in the small family car category.

“Upmarket and robust, the Golf remains true to Volkswagen’s family car values, with affordable running costs and lots of everyday comfort and practicality.

“With this in mind, it’s unsurprising to see it come out on top in the Honest John Awards 2017.”

But that’s not the end of the Golf’s recent run of award-winning form. In the latest DieselCar Top 50, celebrating the very best 50 new cars on sale in the UK today – the updated Golf was named ‘Best Medium Car’ and ‘Best Plug-in Hybrid’.

DieselCar editor Ian Robertson said: “A household name for good reason, it’s easy to underestimate the Golf until you spend time in one. One of the best all-rounders on sale, almost every detail has been perfected over its seven generations, and the facelifted 2017 model brings even more improvements to the winning formula.

“The interior is as classy as ever, but now has one of the best infotainment systems in the business. New technology such as pedestrian detection boosts safety, while Traffic Jam Assist can drive the car semi-autonomously.”

In 2016 a total of 72,762 new Golfs were sold in the UK confirming the model’s top spot among the five key pillars of the brand here alongside new Tiguan, Polo, Passat and new up!.

For more details on the full Volkswagen Golf range – together with brochures and pricing – and to use Volkswagen’s detailed online configurator, please visit www.volkswagen.co.uk.