Autocar presents second award in as many years to Ford Performance models Increases number of UK awards for top-selling Ford Fiesta to over 60 Silverstone, Northants, 24 May, 2017 ... 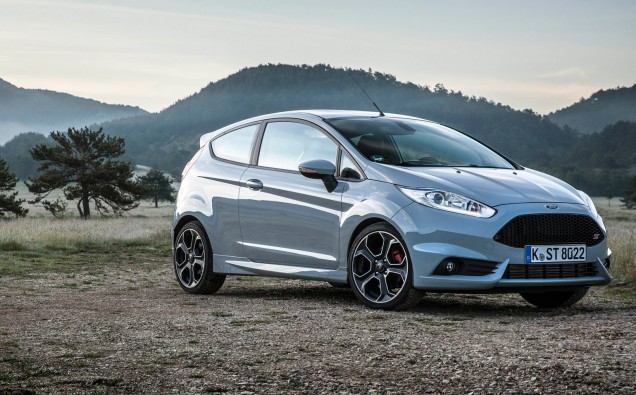 Since the 200PS version of the Fiesta ST arrived under a year ago, 850 have been ordered by UK driving enthusiasts – in addition to 6,125 choosing the standard 182PS version in the same period.

The enthusiast’s motoring magazine and website declared Fiesta ST200 “the best-made, most convincing all-round ST yet”, thanks to steering enhanced to make the car’s initial rate of turn even more rigorous, the hot supermini’s tight-bodied response through bends and 0-62mph in 6.7sec and a maximum 142mph.

Driving fans have a long history of being attracted to fast Fords, having bought a total of 17,250 of the current Fiesta ST.  The 250PS Ford Focus RS, honoured at last year’s Autocar Awards with a maximum five stars for its “barmy and tremendously engaging” drive, has drawn a further 5,000 thrill seekers to the blue oval brand.

The larger Focus ST, available with petrol and diesel powertrains in both hatchback and estate body styles, the right-hand drive Mustang muscle car and newly launched GT supercar are the other models offering a performance Ford for every budget – from £18,000 Fiesta ST to the over £420,000 GT.

The current Fiesta has scooped up 61 awards since launch in 2008, including this one from Autocar, 12 from sister publication What Car? and the balance from other auto media and experts.

Matthias Tonn, Fiesta ST200 chief engineer who collected the award, said:  “The Ford Performance team took a special drivers’ car to a new level of power and performance in the ST200.  Customer take-up and awards such as this have established Fiesta ST200 as a future classic and helped put fast Fords at the top of petrol heads’ wish lists.”

The model’s 1.6-litre EcoBoost engine uses a new calibration to deliver 200PS – twice the power offered by its Fiesta XR2 predecessor 20 years ago – and 290Nm of torque, with an additional 15PS available for up to 20 seconds using overboost.

A rear twist-beam with 27 per cent more roll-stiffness and a front anti-roll bar increased to 21mm from 19mm diameter support revised damper specifications for better impact absorption. Like the Fiesta ST, the ST200 sits 15mm closer to the road than standard Fiesta models.