Three worlds collide during a racist attack, leaving a Muslim scholar fighting for his life. Now they must face the storm before the calm – and they call it... 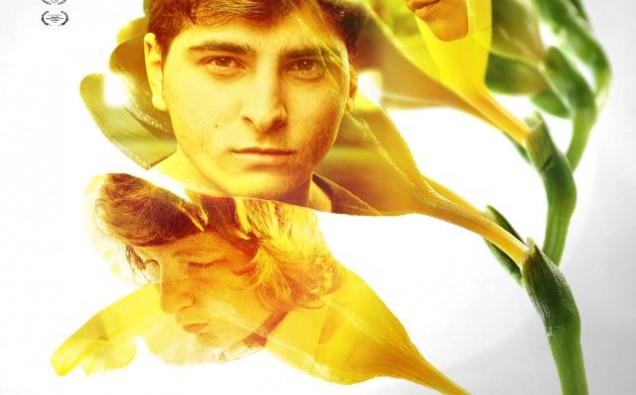 Three worlds collide during a racist attack, leaving a Muslim scholar fighting for his life. Now they must face the storm before the calm – and they call it ‘Islamophobia’.

You read about the problems, seldom do you hear about the potential solutions. Islamophobia is the phrase coined to describe the hatred towards Muslims and the religion they live by. Freesia is the soon-­‐to-­‐be released feature film produced by award-­‐winning writer/director, Conor Ibrahiem, who is the founder of theatre company and Social Enterprise, Arakan Creative. Established in 2009, it was conceived out of the need to tackle the negative stereotypes of Muslims and Islam and has already looked at the meaning of the Hijaab (headscarf), extremism, mental health and even what life is like on White council estates. 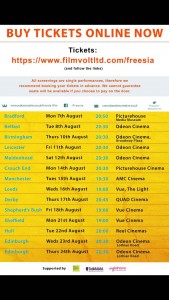 rogramme to tackle racial injustice, Arakan’s first venture into feature filmmaking is a multi-­‐narrative tale comprising three interweaving stories, which looks at mosques, women’s rights and the far-­‐right. Originally conceived as three short films, the idea grew into a daring and challenging task with a modest budget and shot over a grueling thirteen-­‐day production period in Bradford, Leeds and Keighley (West Yorkshire). Thirty-­‐four actors, fifteen crew members and one pet rabbit later, the team managed to pull it off and have produced the first UK film of its kind. Securing Aqib Khan from British Asian film ‘West is West’ in a leading role put the wind in their sails and Freesia is now aiming to punch above its weight with its 2017 cinematic release. The film is dedicated to Mohammed Saleem, the victim of an Islamophobic attack in 2013.

-­‐ 2 nominations in the London ModCon Film Festival for ‘Best Screenplay’ and ‘Best Trailer’.

A link to both trailers:

With Freesia as the launch film, Arakan has now established the first Islamic film production company in the UK and aims to develop 2 sequels, before branching into other genres. The Muslim pound is worth billions in the UK alone across all sectors and Arakan wants to pioneer film content aimed primarily at this market

But does film really have the power to change perceptions or is this 91mins of wishful thinking? Well five private test screenings gave a resounding thumbs-­‐up to Freesia, with a consistent 80% positive rating, so if this is anything to go by, Islamophobia has a found a much-­‐needed friend.

After knocking on countless doors to secure distribution, Arakan has been fortunate to secure the services of Film Volt Ltd, headed by Mark Busby. A UK theatrical release is due for the August 2017 at selected cinemas including the Odeon, Vue, Empire and AMC. The first screening is scheduled for August 7th starting in Bradford (Picturehosue, Media Museum) and will tour around the UK to the likes of London, Birmingham, Manchester, Edinburgh and Belfast.

– A Muslim, a Jew and a Christian – who come together to fight racial injustice, from which we are also due to develop a pilot cartoon series.

LOGLINE: A multi-narrative journey that weaves
between three families living in present-day
Bradford, where three worlds collide and
leave a Muslim scholar fighting for his
life. Now they must face the storm before
the calm – and they call it ‘Islamophobia’.
SYNOPSIS: Yusuf’s story: Being the son of a mosque
leader, Yusuf has certain expectations to
live up to. When his dad is left on lifesupport,
Yusuf soon learns that without his
father’s influence in the mosque, a rival
committee member poises himself to take
over. Armed with nothing but a quick temper
and a homeless man, he realises the only
person who was trying to make a difference
may die without anybody to carry the baton.
Zac’s story: Zac is from a working-class
family whose radical views result in him
knifing Rehman. Whilst Zac slips back into
his day-to-day routine to plan a deadlier
attack, his parents Mark and Sally are an
argument away from breaking up due to
financial hardship. It is Sally’s unwitting
influence, along with far-right literature,
that have shaped the lone-wolf that lives
amongst them.

Khadija’s story: Khadija is a 2nd generation
Iraqi and recent graduate in Politics. Being
the only witness to the attack is burden
enough, but coping with a second hate-crime
inflicted on her own mother takes its toll.
She must use her status as an educated woman
to fight the creeping male dominance at
home, as well taking a stand against the
growing Muslim prejudice of the wider world.