Navv Inder is the voice behind 2015’s global smash hit, ‘Wakhra Swag’ (that has garnered 65 million plus views on Youtube). The R&B singer launched his newest single, ‘Tu... 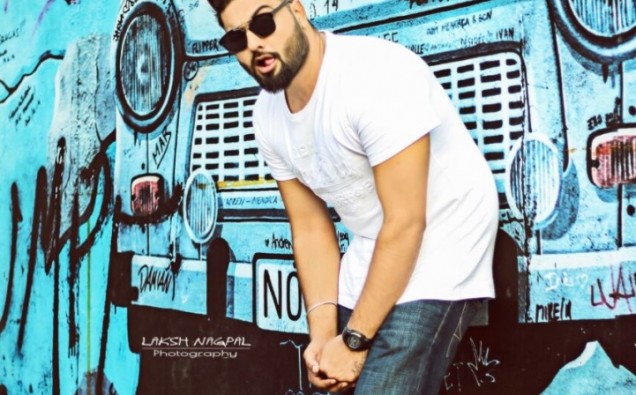 Navv Inder is the voice behind 2015’s global smash hit, ‘Wakhra Swag’ (that has garnered 65 million plus views on Youtube). The R&B singer launched his newest single, ‘Tu Meri Ki Lagdi’, in association with Times Music, in April 2017.

An MBA in Finance, Navv chose to follow his inherent passion and favoured music over number crunching. Close on the heels of Wakhra Swag, Navv released another chartbuster, ‘Att Tera Yaar’, that has crossed 15 million hits on Youtube (and still counting).

His voice is the perfect blend of the urban and rustic folk. Touted as the bridge between modern sounds and folk notes, Navv Inder insists on being true to his own self when it comes to his songs. “My songs are my way of introducing who I am. The lyrics have to make sense to me before I can expect others to make sense of them. I will never cut off the umbilical cord of my roots that has nourished me with music, culture and the ethos of where I come from,” says Navv.

You sang ‘Wakhra Swag’, what is so different about your swag?

Navv Inder: An MBA in Finance, I chose to follow my inherent passion and favoured music over number crunching. Close on the heels of Wakhra Swag, my breakthrough single in 2015, I released another chartbuster, ‘Att Tera Yaar’, that has crossed 15 million hits on Youtube (and still counting). A lot of people say my voice and songs are the right mix of modern sounds and folk notes, but I only make sure I am true to my own self when it comes to my songs. My songs are a way to introducing myself. The lyrics have to make sense to me before I can expect others to make sense of them.

It is perhaps this philosophy that drives me to keep doing stuff that is different from what my contemporaries and peers are doing. I am not in any race or competition. I am flying in a different sky and my aims are different. There is no club, no place in the world where people do not dance to Punjabi beats. I want to take that pride to the next level. I want to prove that there is no genre I cannot do. If I did a Wakhra Swag, an Att Tera Yaar and a soulful tribute to Bhagat Singh, I also sang a soft romantic ballad, ‘Tu Meri Ki Lagdi’, sung in low notes. I am also going to be releasing a few songs mixing Punjabi with a lot of international musical genres.

I hope to be able to release a song in every musical genre conceivable – but sung in Punjabi or Hindi.

Navv Inder:  My tabla teacher in 8th grade, Jagan Sir, was the first one to tell me that my voice had a distinctive tonal quality. He encouraged me to pursue singing as a career, saying I could go a long way. I think my impressionistic mind took the remark seriously and I can never repay what I owe him.

Anything worth achieving has its own share of struggles. I have had my share too. I have learnt from my mistakes and also learnt to be a bit more worldly wise. I was too naïve when I started out and released my first song, Wakhra Swag. My philosophy has always been to do what is ‘right’ rather than what will ‘sell’ or is popular. My way to live has been constantly to be in ‘chardi kalaan’ – moving forward, forever buoyant. I only started singing 3-4 years ago, but the kind of love I have got from my fans, not just in India, but across the world is something that people can only dream of. It has been a very fruitful journey that has only left me richer in experiences, friends, learning and of course gratitude.

I am more aware now of how people can be and therefore want to focus only on my particular brand of music. That is the one thing I am confident about because it is nothing like what is being churned out on a daily basis my performers, musicians and rappers.

Coming to your latest project, Yaar Bolda is such an iconic song. How are you revisiting it?

Navv Inder: For me, Surjit Bindrakhiya ji is a legend – and I am sure there are many others who feel the same way. His voice texture, proper pronunciation of even theth Punjabi words, his attitude and the way he conducted himself – wow, I could just go on and on! Right from Gabru Gulab Varga to Dupatta tera satt rang da and Jatt Di Pasand  – I cannot think of any song of his that I have not literally grown up with. So my version of Yaar Bolda  is a distillate of how this legend has inspired me. The only similarity is perhaps the hook phrase or word Yaar Bolda. We have changed it completely – even in terms of the lyrics – which have been written by Navi Kamboz. Even the music, done by Mr Nakulogic, is a contemporary hip-hop beat that is a combination of low notes and high notes.

I really have worked very hard on this song and I sincerely hope people will like it and Bindrakhiya saab will bless me from wherever he is.

And I would like to let you in on the real inspiration behind me wanting to do Yaar Bolda again.  I was once humming Surjit Bindrakhia’s Yaar Bolda walking with my brother, and these youngsters came up to me and asked me to sing the song for them and translate it. It was a very happy experience for me. It was then that the idea of doing a contemporary Yaar Bolda occurred to me.

How accepting do you think the audience will be to this kind of music ?

Navv Inder: The audience today is definitely receptive. The tech revolution has definitely had a huge role to play in exposing people to different kinds of music from all over the world. They may take a bit of time to appreciate different sounds and music. I grew up listening to the legends of Punjabi music – Gurdas Maan Saab, Babbu Maan and others in the midst of folk music and songs. I love the sounds of traditional instruments – like tumbi or sarangi or algozey – and have always made sure that my songs incorporate them. Having said that, I love listening to Chris Brown and Drake as well. Perhaps this is the confluence I am aiming at, with my music. My music is something that is rooted in tradition and yet contemporary. So I think it does appeal to a large spectrum of listeners.

What are your future plans? Is an album on the cards?

Where do you see yourself five years from now?

Navv Inder: May be holidaying on my yacht somewhere in the Mediterranean (laughs)! But on a serious note, wherever I am or whatever I will be doing, it would be nothing short of the best. Second is not an option for me!

When do you plan to come to UK and perform?

Navv Inder: Whenever you invite me! I love England. I have home here. London has always outdone itself in terms of its all-embracing nature. It is very international. I have come across and met people from all over the world there. And they are always so happy and open to new cultures. And since Yaar Bolda occurred to me in UK, I would love to bring it to the people here.