ARE AFGHAN WOMEN ‘FREE TO RUN’- OR RUNNING TO BE FREE? 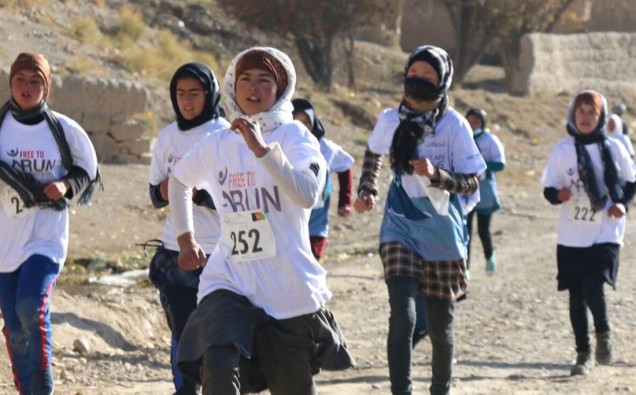 In Kabul, Afghanistan, nearly 200 girls took part in the third annual Bamiyan Marathon. Afghanistan’s only mixed-gender sports event, featuring a 6-mile race for both female and male participants. In a post-Taliban era, these girls were going against the cultural norms that stopped them from riding a bike and even getting an education.

“When I saw boys, they were free, they can run, they can go everywhere and I [wanted]
that too,” said runner Raihanna, aged 21 from Daikundi province. “They said this is our culture, a girl should be in the house and they should [raise] children,” she said.

Raihanna was allowed to move out and study at Kabul University, where she was finally free to be herself. Every morning, Raihanna and the other runners travel in a bus where they are taken to a safe place for training. These runs were set up by ‘Free to Run’ organisation, started by lawyer, Stephanie Case, who said:

“Getting to know the women, I realised that they wanted to do a lot of the things that I
assumed was just a Western concept — sports, running.” You can see the transformation even from the first run,” Case says. “We see them gaining a lot more confidence, and make plans for the future.” In three years, the group went from just a handful to more than 100 today and operates in three provinces.

Bamiyan province is one of the safest in Afghanistan, with a majority Shiite population
and the country’s first female governor. At the first marathon, some spectators threw
stones at female runners. At the second, a man on a motorcycle tried to run a woman off the road. This year, 12 women and girls started and finished the race, without a single rock being thrown.