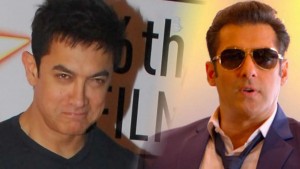 The din of the union and the razzamatazz of Arpita Khan’s marriage have not yet died down, but Salman Khan has fired a salvo against Aamir Khan for escalation of ticket rates of his latest release PK. For the sake of maximizing revenue from the film the ticket rates of the film were increased phenomenally and as a mark of protest the single screen theatres all across Mumbai decided not to exhibit PK. Amongst those who came out openly against this move was Subhash Desai the owner of iconic Galaxy cinema in Mumbai and he found much needed support for his cause in the support that he got from Salman Khan unexpectedly.

It is not that it has happened for the first time in case of an Aamir Khan film. It had happened when 3 IDIOTS was released as well, and to catch up on the euphoria built around the movie, 3 IDIOTS was shown by some multiplex owners in Mumbai from 7.00 am onwards.

The genesis of the controversy perhaps lies in the fact that in India cinema still is the staple form of entertainment for the common man and if his pocket does not allow him to view a film of a top star, he or she is deprived of a quality film, and he is forced to watch a film which may not otherwise merit screening. As a matter of fact the high pricing of the top films at the ticket counters has indirectly been responsible to some extent in development of a genre of sleaze and meaningless films which would otherwise not pass muster anywhere. 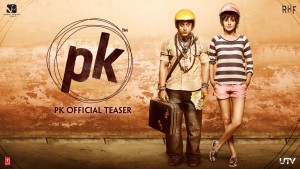 Salman Khan does not have a personal axe to grind with as he is of the view that cinema is the only medium which a common man can associate with for entertainment and his angst is against the efforts being made to move it out of the reach of the common man. Few would be aware about the fact that to underline the importance of common man as the primary supporter of the films, Salman Khan had conducted the premier of his film JAI HO in Galaxy theatre in Bandra, in Mumbai.

There is a very fine line of divide between greed and commercial success. A property like PK would eventually make the moolah that it is expected to do, but do so in a jiffy is a manifestation perhaps of the greed associated with encashing the brand identity of the product. When the common man is denied his staple dose of entertainment, he eventually would move towards watching the film illegally. One has to understand that such moves do breed and encourage piracy.

While the jury may be out whether pricing the ticket highly does curb piracy, on the contrary it does encourage proliferation of piracy, as the euphoria built around the product elevates expectation and in the mofussil parts of the country where a film like PK would take time to reach as multiplexes may not be there, it would encourage and proliferate piracy. But is somebody listening?

The One Earth Shop – 100 per cent Vegan Review