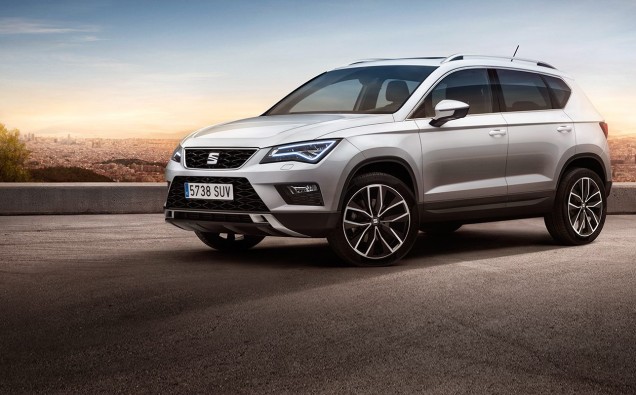 Last week’s Eurovision Song Contest may have baffled its winner thanks to an overly complex voting system, but the awards that dictate the very best cars on sale today are much easier to understand – and there wasn’t a bare bum cheek in sight…

Recognised as the motor industry’s most scientific and unbiased awards, the HonestJohn.co.uk awards were announced in a ceremony, hosted by Honest John himself, at the HJ Labs in Kings Cross, London.

And, streaking ahead of the opposition, it was the recently launched SEAT Ateca that took the overall Car of the Year crown – or should that be hat?

The HonestJohn.co.uk awards differ from many others in the industry insofar as it’s the site’s readers themselves that dictate the models that take the honours. The overall winner is the car that has proved the most popular with the site’s visitors over the past 12 months, based on number of visits and time spent on each page.

Honest John’s Managing Editor, Dan Powell, said: “We had to wait a long time for SEAT’s first crossover, but the good looking and affordable Ateca is proof that good things do indeed come to those who wait. Over the past 12 months, no other car has come close to matching the admiration of the Ateca, with our readers praising its style, comfort and low running costs. As a result the superb SEAT takes the Car of the Year award for 2017.”

As well as taking the top gong, the Ateca also won the hotly contested most popular Crossover category, which is one of the most fiercely competitive areas of the new car market at present.

Other notable winners included the Dacia Logan MCV, which took the ‘Most Highly Rated’ accolade, based on HonestJohn.co.uk reader reviews.

“The Most Highly Rated Car is one of the most-coveted of all of the Honest John Awards, because it is based solely on owners’ reviews. Praised by our readers for its excellent value, low running costs and spacious interior the Dacia Logan MCV was the clear winner over the past 12 months with more positive owner reviews than any other vehicle,” added Powell.

And there was special mention for the Suzuki Baleno 1.0 BoosterJet, which took the Real MPG award Real MPG was launched in 2011 after Honest John received thousands of complaints from readers that their cars could not match the ‘official’ EC fuel economy figures. However, by achieving a figure almost identical to its advertised economy based on HonestJohn.co.uk reader-submitted figures, the recently-launched Suzuki was by far the best car on the market for real world economy.

Dan Powell said: “When it comes to real world fuel economy, few cars can match the outstanding Real MPG of the Suzuki Baleno 1.0 BoosterJet. Over the past 12 months, the compact hatchback has outperformed all of its rivals for on-the-road economy, averaging an impressive 99 per cent of its advertised economy. This means a typical driver will get 59.3mpg from the super Suzuki, which is almost identical to its model average.”

Car of the Year
SEAT Ateca

THE ŠKODA KAROQ: NEW COMPACT SUV WITH LOTS OF SPACE AND STATE-OF-THE-ART TECHNOLOGY