The story emerges of 3 young siblings who chose to stay inside burning Grenfell Tower with their elderly parents rather than leaving them behind. As investigations continue into the... 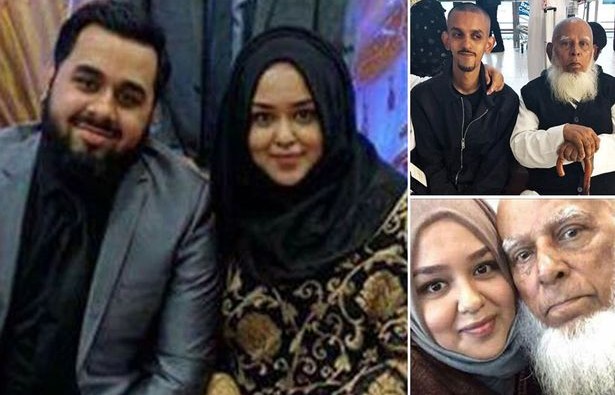 The story emerges of 3 young siblings who chose to stay inside burning Grenfell Tower with their elderly parents rather than leaving them behind.

As investigations continue into the London tragedy that shook the entire nation, individual stories of sacrifice, heroism and despair have surfaced.

The story of Siblings, Husna, 22, Hanif 26 and Hamid, 29, who chose to remain in their flame engulfed flat on the 17th floor with their immobile and elderly parents, is one that has resonated with many civilians.

Relatives explained to various news sources how the family informed them of the decision to stay behind, despite their pleas to try and escape.

In an emotional conversation more than two hours after the blaze began, the children told them that there was no way they could leave their mother, Rabeya, who was in her 60s, and 82-year-old father.

The British-Bangladeshis also summoned the courage to reassure their relatives not to grieve for them as they were ‘going to a better place’.

It is claimed the children had a window of almost an hour after the fire began to reach safe ground.

Cousin, Samir Ahmad, 18, said he believed “until around 1.45am they could have left their parents, but they didn’t.”

Of their final conversation, he said: “My auntie spoke to Hanif. He was very calm.

“He said his time had come, and not to mourn for them, but be happy for them because they would be in a better place.

“Hats off to them. They didn’t show cowardice. They stayed with their mum and dad.

“Family was so important to them. They lived together and they died together.”

Mr Ahmad he added that they believed the children would have been haunted for the rest of their lives.

The family is survived by brother, Mohammed Hakim, who had been at the home earlier in the evening but left before the blaze, is known to have survived