Photojournalist Edward Jonkler aims his lens at The Lost Men of Syria in his first solo exhibition of works at the Saatchi Gallery, opening 19 July. Jonkler’s work examines... 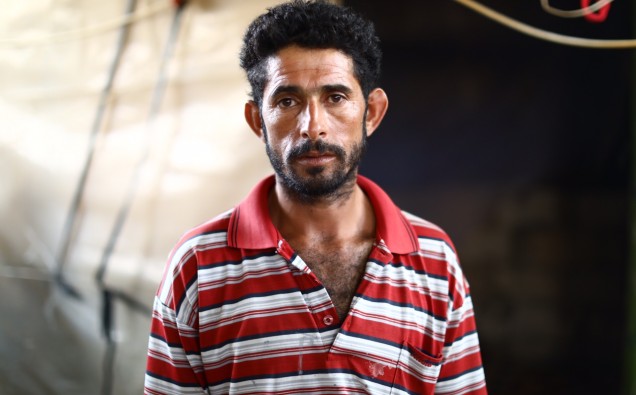 Photojournalist Edward Jonkler aims his lens at The Lost Men of Syria in his first solo exhibition of works at the Saatchi Gallery, opening 19 July.

Jonkler’s work examines the role of men in refugee camps, and the shifting power dynamics that can often lead to acts of radicalisation and mental illness, with once patriarchal figures becoming “lost’. Fleeing violence and the destruction of their lives around them, these men reach safety only to be trapped in a state of impermanence.

Where traditionally these men acted as the breadwinners in a patriarchal system, working and providing for their families, as refugees they are held in limbo, unable to look to the future. Reliant on handouts to survive, they find themselves broken, spiraling into substance abuse, depression and, sometimes, violence. Torn from their established notions of masculinity and pride, they are also increasingly vulnerable to radicalization: a path that offers a perceived sense of purpose in the face of futility.

Travelling the refugee route, from desperate desert camps in Syria to the squatter camps and asylum centres of Europe, Jonkler gives powerful and profound commentary on the failures of integration. Offering a unique perspective, free from media bias, this project provides a first-hand encounter with the reality of the migrant crisis and the issues that lie under the surface.

The works are shown as part of a series of exhibitions held by The Worldwide Tribe, whose mission is to highlight human issues and leave a legacy of positive, social change. They aim to raise awareness and shift perspectives into a more inclusive, less fear-driven, narrative.