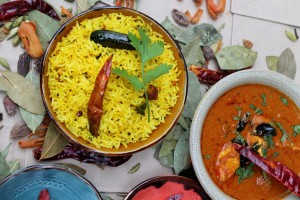 Pushkar’s Creative Director Rai Singh, commented: ‘Pushkar is known for its North Indian dishes but Indian cuisine is so diverse and this is a great opportunity for our diners to explore some different flavours and dishes from a very colourful Indian region.’

Pushkar’s Sous Chef and creator of the South Indian Menu, Vinod Singh, said: ‘I have previously worked in Hyderabad where I learned to cook South Indian cuisine which is very different to the Punjabi and North Indian dishes a lot of people are used to, and so I was very excited to bring these amazing flavours to Pushkar for a limited time. They’ve been months in preparation and I hope they impress Birmingham!’