By Mohammed Ilyas Mohammed Ilyas asks has the time come to ditch the ‘British Asian’ label and proclaim what we truly are – British? And while he’s at it,...

Mohammed Ilyas asks has the time come to ditch the ‘British Asian’ label and proclaim what we truly are – British? And while he’s at it, he’d also like to point out there’s no such thing as a British Muslim.

A few years ago, while working on a mainstream newspaper in Birmingham, a group of us received an email from the editor of a sister publication. It requested our input into a new supplement they were planning.

Nothing wrong with that. Except that the response to this particular request ranged from chuckles to sarcasm, and from indignation to outright anger. The reason – the supplement was on an ‘Asian’ theme and the recipients of the email were, the sender had presumably assumed, ‘Asian’ because of their names.

The main thrust of the response was ‘What about our white, non-Asian colleagues? Why have they been excluded? Aren’t they just as capable and willing to contribute seeing as they live and work in multi-cultural Birmingham?’

The others ranged from ‘I have a white mother, I was born in Norwich, I’m not Asian’, to ‘Which bit of Asia have I been to? None!’

A few years earlier, my repeated requests to do reviews of concerts featuring punk rock and reggae groups were met with deafening silence. Until an ‘Indian’ dance troupe turned up in the city and I was asked to go and do the review.

That my friends is, in my view, arguably the main problem with the ‘British Asian’ label that is applied to people whose names suggest (often wrongly) that they hail from some exotic Eastern clime but just fortuitously happen to be residing in these great British isles. 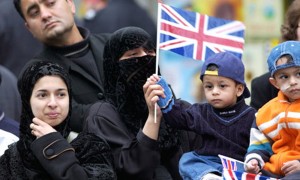 The term ‘British Asian’ in itself suggests an underlying bipolar identity crisis. It can’t be decided whether we’re one nationality or the other, so let’s lump the two together and use it as a convenient label to recognise those with certain skin tones or/and strange-sounding non-Anglo Saxon names irrespective of their social identity, background or credentials. 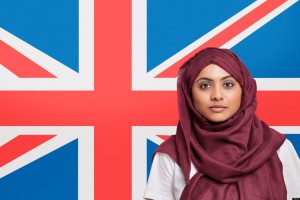 Immediately it’s an excluder – we’re neither one or the other, and by inference we’re a sub-section of society rather than being in the mainstream.

Conversely, as demonstrated by the episode involving my journalistic colleagues, it excludes the mainstream from our little grouping even though in many aspects they may be as qualified or better qualified to be included.

Let’s get this straight – this is not a criticism of the cultural heritage of that portion of Britain’s population whose roots can be traced to Asia.

Using the term British Asian to describe, for example, a fusion of different music genres from those two respective parts of the world, or cooking or art, is legitimate in terms of identifying the components of that mix.

When it comes to people though, at what point are we to decide that a ‘British Asian’ is, well, just British? Or, if you really want to make the point about integration, a Briton!

If we work on the principle that the first mass of Asian immigrants to the UK started arriving in the late 1950s and 1960s, we’re now into our fourth or fifth generation from that stream.

These latter generations, and probably their parents or even grandparents, were born in Britain (or the UK – come on, why do we keep excluding Northern Ireland?).

Based on experience, they probably have very limited or no idea of the language/s of the countries of Asia that their families hailed from, their now distant relatives or culture. And most have probably never visited that part of Asia except maybe on holiday.
So, the question, at what point do we decide that British Asian is actually a misnomer and what we’re referring to is British people of Asian heritage?

That’s too long a label for stereotypes, and because stereotypes are simplifications of characteristics and traits, why not simplify this particular label. Why not just call them British?

Asia is not a homogenous, identikit land mass. Neither are its inhabitants. It’s home to 4.4 billion people, geographically it stretches from what’s known as the Middle East to the Pacific Ocean. Its countries range from Afghanistan to Malaysia, from Mongolia to Vietnam.

So if you are a British Asian, presumably you could tell us what Mongolia’s favourite dish is? Or Vietnam’s national costume? Could you tell us what the currency is of the Maldives? Or the capital of Tajikistan?

If you could answer those without resorting to Google and in your best Brummie accent, then you could probably proclaim yourself a true British Asian.

For the rest of us, the British Asian tag, while it may signify a rich dual or multi-heritage, also confines us in that box labelled ‘stereotype’.

You’re British because you were born here or through citizenship or naturalisation.

You’re Asian because your skin colour’s a bit darker than the native Anglo-Saxon population, your favourite food must be curry, and you must watch loads of Bollywood films?

Well, actually, no, no and no. My skin tones have led to me being mistaken for anything from ‘white English’ to Mediterranean; egg and chips is probably my fave dish, if you must know, and I’ve never watched a Bollywood film in my many decades on this terra firma.

And no, I wasn’t born here but in a country that is in Asia!
Yet, despite all that, I’m labelled ‘British Asian’.
Plus I have neighbours who would also be classified as British Asian but I don’t have a clue what language they’re speaking (is it Hindi? Is it Tamil? I give up), what their traditional foods or customs are.

In other words, they’re part of that common mass called British Asian that they and I are supposed to be part of or represent, yet in that respect it turns out we have nothing in common.

At what point the Asian suffix, along with its attendant stereotypes and ill-defined expectations, disappears is anyone’s guess.

Once it does though, it’ll signal the acceptance of those referred to as ‘British Asians’ as part of mainstream Britain; Britons whose ancestors of not so long ago enriched these islands with their customs, traditions, heritage and cultures of Asia.

After all, that’s how the history of this nation was constructed. The Celts, Gauls, Danes, Saxons, have all contributed through the ages and I don’t see any of these groups referred to nowadays. Their descendants are simply British.

• On an associated note, can I clarify something. There is no such thing as a British Muslim.

A Muslim is a Muslim. Full stop. If you do want to persist with the game of labels, being a Muslim is a badge of faith. Being British is a badge of national identity.
In other words, one is my religious identity. The other is my nationality or geographic identity. And the two are mutually exclusive.

As a Muslim, I am no different to a Muslim in Europe, China, the USA or Australia. We share the same faith in one God, we believe in the same tenets of faith, no matter the differences in creed, colour, language or dress. Our differences in nationality have no bearing on my, or their, faith.

As a Muslim, I’m a global citizen. No need for a passport.
The passport which states that I’m a citizen of the United Kingdom of Great Britain and Northern Ireland (and the European Union) only comes out of the drawer if and when it’s needed for officialdom or travel abroad.

It’s of limited use – in some countries it’s fawned over, in others it’s despised and an invitation for repression and cruelty.
It’s a document by people for people to separate us from other people.