Should we all be going meat free?

Previously a niche dietary choice, in the last few years following a pesceterian, vegetarian or vegan diet has become more popular. For instance, it’s estimated that there are now... 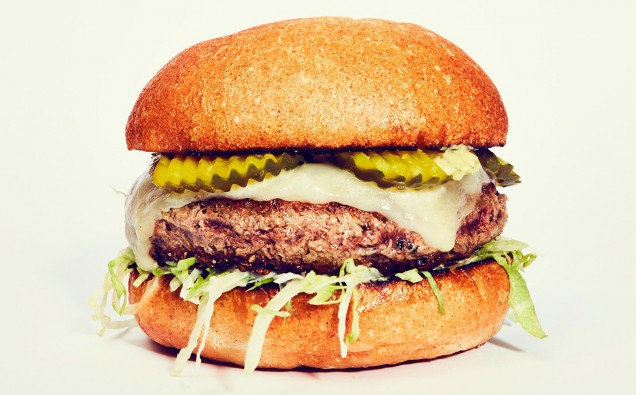 Previously a niche dietary choice, in the last few years following a pesceterian, vegetarian or vegan diet has become more popular. For instance, it’s estimated that there are now around half a million people in the UK ‘eating vegan.’

The trend towards meatless eating has not gone unnoticed by restaurants and retailers – now you can buy mushroom bolognaise and vegan pizza to enjoy at home and cauliflower tacos and even jackfruit as a ‘pulled pork’ substitute when you go out.

Meat eaters are still very much the norm, but this appears to be decreasing. While vegetarians and vegans currently make up around 3% of the population figures suggest a land of ‘in-between’ is developing – with 24% of people in a recent survey selecting ‘other’ to describe their dietary status despite options including ‘non-vegetarian’ ‘vegan’ and ‘lacto-ovo-vegetarian’. Flexitarian (‘flexibly vegetarian or semi-vegetarian’ – mostly vegetarian but with occasional intake of meat) diets seem to be gaining popularity.

What is behind this increasing trend?

Why do people cut meat out of their diets?

Below are some of the more common reasons behind why people choose a meat-free diet:

As a Dietitian I am particularly interested in the nutritional aspect of going meat-free. Some people believe that doing this will improve their health, but is there evidence to support this?

Is meat bad for us?

Meat is a good source of protein, B vitamins and minerals including iron, selenium and zinc. Iron obtained from meat is better absorbed by the body than iron from plant-based sources, and almost half of girls and almost a third of women in the UK have low iron intakes.

However, some meats/meat products can be high in saturated fat and salt which we should eat less of, and evidence suggests that high consumption of red and/or processed meat is linked with an increased risk of bowel cancer. In the UK the recommendation is to eat less than 500 g/week (cooked weight).  Reducing intakes to this level and taking steps to choose lean meats or leaner cuts is recommended in UK government healthy eating guidelines; cutting it out completely is not.

Research indicates that vegetarian/vegan diets compared with more traditional meat eating diets are typically lower in saturated fat and have higher intakes of fruit, vegetables, wholegrains and fibre. This may be why vegetarian and vegan diets are associated with lower risks of:

What we don’t know is whether these benefits are down to one particular element of the diet (e.g. the higher consumption of fruit and veg) or if it is all the parts together which synergistically may be beneficial to health outcomes.  Vegetarians and vegans may also be more health conscious and adopt healthier lifestyle patterns such as being more active or not smoking.

What we do know is that it isn’t likely to be as simple as saying that vegan/vegetarian diets are good and diets that include meat are bad – a bad diet is still possible, even as a vegan! But taking steps towards a more plant-based way of eating is likely to have a health benefit.

‘Plant-based’ eating includes all diets that emphasise fruits, vegetables, plant-based proteins and wholegrain. A vegan diet, therefore, is plant-based, but so are vegetarian diets and diets that include meat can be too. Just look at the ‘Mediterranean’ diet – definitions vary, but the key characteristics are plenty of fruits and vegetables, beans, nuts, cereals, unsaturated fats (such as olive oil) and fish and smaller amounts of dairy and meat products.

It sounds revolutionary, but plant-based eating is promoted in many national healthy eating guidelines, including the UK’s own Eatwell Guide. Shifting the nation’s current diet to the eating pattern depicted in the UK guide would result in an estimated 32% lowered carbon footprint – helping the environment as well as health outcomes.

Whilst people decide to go meat-free for many different reasons and balanced vegan or vegetarian diets can be a  healthy choice, when it comes to nutrition and health, an ‘all or nothing’ approach to meat isn’t required. Just ensure you choose your meat wisely and balance your diet towards plant-based eating: incorporating plenty of fruits and vegetables, wholegrain or higher fibre starchy carbohydrates and plant-based proteins such as beans, pulses and lentils, nuts and seeds into your diet.