One of the largest clinical trials for prostate cancer led by the University of Birmingham has found that adding Abiraterone to hormone therapy at the start of treatment improves... 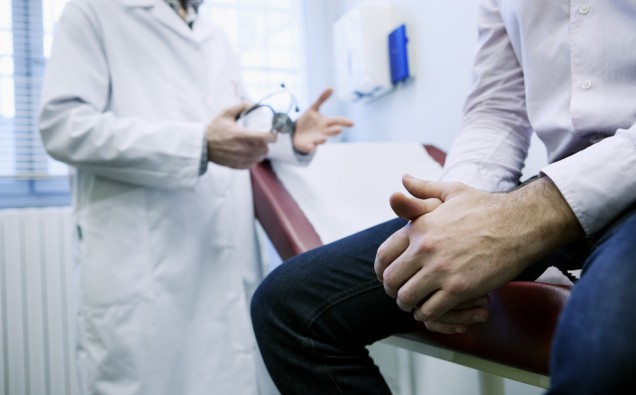 One of the largest clinical trials for prostate cancer led by the University of Birmingham has found that adding Abiraterone to hormone therapy at the start of treatment improves survival by 37 per cent.

The trial looked at using Abiraterone as an additional treatment in patients with prostate cancer who were about to start long-term hormone therapy.

Abiraterone improved survival, according to the results published in the New England Journal of Medicine and presented at the 2017 ASCO Annual Meeting in Chicago.

The University of Birmingham’s Professor Nicholas James, chief investigator of the Cancer Research UK-funded STAMPEDE trial, said: “These are the most powerful results I’ve seen from a prostate cancer trial – it’s a once-in-a-career feeling.

“This is one of the biggest reductions in death I’ve seen in any clinical trial for adult cancers.”

Of the 1,917 men in the trial, there were 184 deaths in the combination group compared with 262 in those given hormone therapy alone.

Professor James added: “Abiraterone is already used to treat some men whose disease has spread but our results show many more could benefit.

In addition to the improvements in survival and time without relapse, the drug reduced the rates of severe bone complications, a major problem in prostate cancer, by more than a half. I really hope these results can change clinical practice.

“We are so incredibly thankful to the patients and clinical staff who have agreed to take part in this study. With their generosity, scientists can carry out research that will help save lives.”

The results from the trial could change the standard of care for men with prostate cancer, making Abiraterone a first-line treatment alongside hormone therapy.

The drug is usually given to men with advanced prostate cancer that has spread and has stopped responding to standard to hormone therapy, but this study shows the added benefit to patients who are about to start long-term hormone therapy.

Each year around 46,500 men are diagnosed with prostate cancer in the UK, and around 11,000 men die from the disease.

“The STAMPEDE trial is changing the face of prostate cancer because the flexibility of the trial design means that we can investigate a number of different treatment options rapidly and in parallel, enabling scientists to get results much more quickly than they usually would.

“Cancer Research UK scientists first discovered Abiraterone and subsequently played a key role in its development, including funding the first clinical trials. This study adds to the importance of the drug.”

The STAMPEDE trial is coordinated by the MRC Clinical Trials Unit at UCL and funded by Cancer Research UK. Previous results from the trial have already changed clinical practice – data released last year has led to docetaxel chemotherapy now being part of the standard of care for many men with prostate cancer. More data will come out in subsequent years, because of the innovative design of the trial.

The Galaxy S8’s Infinity Display: So Much More than Meets the Eye