CROWD FUNDING IN CINEMA OF A DIFFERENT KIND 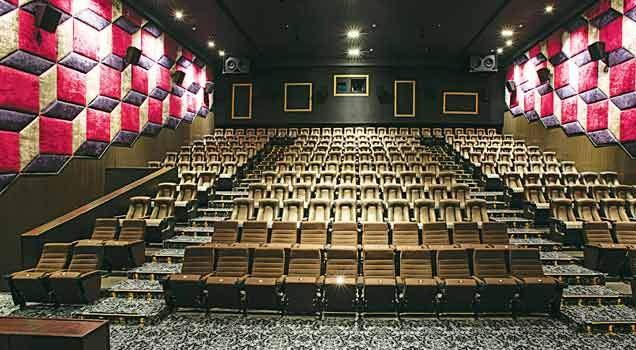 If one goes out to a movie in a multiplex these days with family invariably one ends up spending few thousand of rupees. But what if one were to skip one movie in a month and rather contribute this amount to a website in India that aims to focus specifically on films for children, so that they can grow to be a better citizen and shape a better country!

Indeed, when was the last time when children in India had a film for themselves, full of fun and frolic and nothing else! The kind of films that are being these days, inane that they are, they also are creating a bad impression on the impressionable minds and are hampering the normal growth of the children of the country. In India the situation is more so acute, when compared with the films that are made in Hollywood and other film centres around the world- where at least every year one film is made that stands out- and it indeed is a crisis of enormous proportions as the content that is hurtled down through their eyeballs 24×7 indeed is vitiating the impressionable minds very badly.

So much parched has this territory become, that in the annual awards saga associated with films in India, a category of best child actor, best child film etc., have become a discounted commodity. To address the critical situation that is panning out, Amitabha Singh Oscar nominated film director from India, has come up with the idea of CINEVIDYA or education through cinema.

CINEVIDYA is a crowd sourcing platform that aims to create a corpus so that the new breed of directors who have a passion for stories- stories aimed at children- should continue to live their dream and not see them die out on account of lack of funds.

As Amitabha Singh says: “When I started the shoot of ‘Chillar Party’ sometime around 2009, hardly did I know that it will set me off onto a path of discovery and exploration of Children’s Films in India. Immediately followed the Oscar nominated ‘The Good Road’ with 2 Child artists and ‘Shortcut Safaari’ with 7. By the time I completed filming these, I guess the die was cast. During this 3 film epic journey, I was deeply inspired and moved by the earnestness of all the child actors, who would brave against all odds and uncertainties of every filmmaking process and infuse life into every scene that we made with the strength of their innocence and faith. Their unparalleled devotion into the cinematic world of Stories. Their stake, which must not be ignored.”

Amitabha Singh has this vision to take finely curated films to children, so that he is able to bring about a positive change in them in all spheres of their lives. This will translate into a change in our youth and hence our society, country and the world. There also is ardent hope that as the mass of audiences starts getting aware and accustomed to such fine content, the demand would increase and would translate into increase in business and motivation for the makers to continue making such films.

And he is not aiming for moon. He only aspires to raise Rs.11,00, 000 only which would really be pittance when one reads about the kind of remuneration that the players associated with the film industry command and get! One always wonders whether an Aamir Khan, single-handedly could not have come forward and signed the check for Rs.11,00,000 for the cause that CineVidya is espousing or any other mainstream star of India so to say!