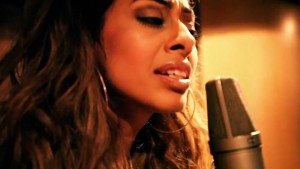 The score was recorded at Air Lyndhurst Studio in London, and was performed by the London Symphony Orchestra conducted by James Shearman and produced by Maggie Rodford. The film arrives in theatres on March 13, 2015.

Patrick Doyle’s long-time creative collaboration with Branagh began in 1989 with “Henry V.”  The film’s song ‘Non Nobis Domine’ was awarded the 1989 Ivor Novello Award for Best Film Theme. In 1991, they re-teamed for “Dead Again,” which earned Doyle a Golden Globe®-nomination. Subsequent collaborations include “Frankenstein,” “Much Ado About Nothing,” “Love’s Labour’s Lost,” “As You Like It,” “Hamlet” (for which Doyle received an Oscar® nomination for Best Original Score), “Sleuth,” and “Jack Ryan: Shadow Recruit.”

Doyle has scored over 50 international feature films, including “Rise of the Planet of the Apes,” “Harry Potter and the Goblet of Fire,” “Gosford Park,” “Sense and Sensibility,” “Indochine,” “Carlito’s Way” and “A Little Princess.” His work has led to collaborations with some of the most acclaimed directors in the world, including Regis Wargnier, Brian De Palma, Alfonso Cuarón, Ang Lee, Chen Kaige, Mike Newell and Robert Altman.