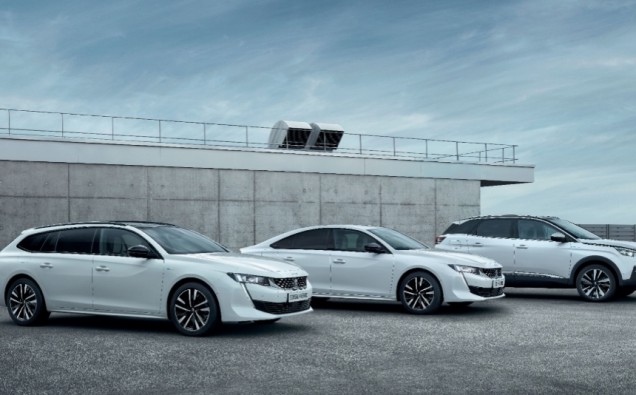 The first of PEUGEOT’s next-generation electric vehicles, the all-new e-208 – capable of up to 217 miles from a single charge under WLTP testing – will face lower company car tax rates in the future, as the Government encourages the take up of low and zero-emission models. PEUGEOT’s growing line-up of plug-in hybrid electric vehicles will also attract lower BiK rates, and be eligible for Capital Allowance claims.

In this new tax year, full electric vehicles registered will see their BiK rates fall to 0%* (from the previous 16% in tax year 2019/2020), rising to 1% the next year, and to 2% the following year, under current Government plans.

Plug-in hybrid electric vehicles have also experienced a fall in company car tax rates. For vehicles with CO2 emissions between 1-50g/km, the amount paid in BiK will depend on the electric range of the vehicle.

The entire PEUGEOT range of BEV and PHEV models will be eligible for Capital Allowance claims. Through a Capital Allowance claim, businesses can subtract the whole or part of their vehicles’ value from their profits before tax. Under current guidelines, in the first year of purchase, businesses can deduct the entire value of the asset from profits before taxes for cars that emit less than 50g/km CO2 **.

David Peel, Managing Director of PEUGEOT UK, said: “The tax and running cost benefits of owning a fully electric vehicle or a plug-in hybrid electric vehicle don’t just extend to private buyers, businesses and fleet operators can benefit too. With costs often at the forefront of fleet buyers’ minds, the tax savings from EVs and PHEVs can be crucial when it comes to choosing which vehicles to run.”

PEUGEOT recently announced a two-year partnership with Pod Point as the company’s exclusive supplier of electric vehicle charge points. Pod Point is the official charge point supplier for the PEUGEOT 3008 SUV HYBRID or HYBRID4, 508 HYBRID, all-new 508 SW HYBRID, as well as the all-new e-208 and e-2008 SUV models. Grant funding is available for the first-time installation of home and workplace charge points.

All PEUGEOT PHEV and BEV models can be charged from a domestic power socket*** and 7kW charge point. Rapid charge is also available on BEV models, which achieves 80 per cent of battery capacity in half an hour using a public rapid charge point.

For public chargers, PEUGEOT has partnered with Polar Plus, offering new BEV and PHEV buyers a free six-month subscription to the UK’s largest public charging network.

By 2023, PEUGEOT will provide an electrified variant across its entire model line-up. The PEUGEOT Boxer Electric is due for launch in 2020, as well as the e-Expert. However, an extensive range of PEUGEOT PHEV and BEV models (including the 3008 SUV HYBRID or HYBRID4, 508 HYBRID, all-new 508 SW HYBRID, all-new e-208 and all-new e-2008 SUV) are now available to order. This can be done from the comfort of your home using PEUGEOT’s Buy Online platform, where retail customers can configure their chosen PEUGEOT, personalise their finance and then place an order, which will be delivered as soon as UK Government guidelines allow.