Exploring Illinois and all-things American  Last month I got the chance to visit Chicago, one of the largest cities in the USA, and experience everything I could of American... 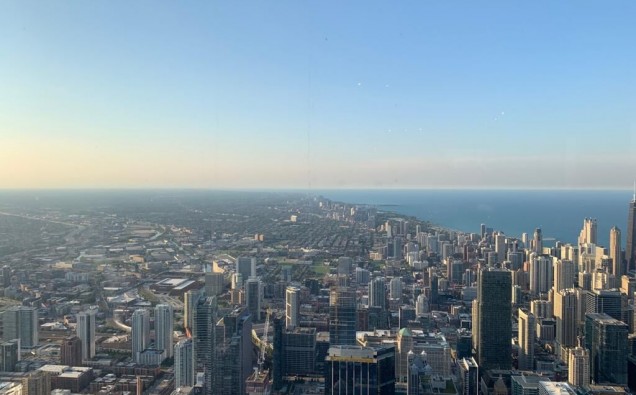 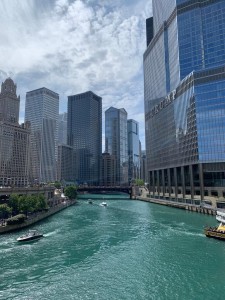 Last month I got the chance to visit Chicago, one of the largest cities in the USA, and experience everything I could of American food and culture! Also called the wind-city, Chicago is renowned for its bold architecture. It has an impressive skyline, made up by well-known monuments such as the Willis Tower, Hancock Building, and many art institutes and museums.

My first day in Chicago comprised of beautiful weather, and we decided to take a short stroll down the River Walk. We passed over Michigan Avenue Bridge and the not-so-favoured Trump Tower, close to which locals were selling gimmick trump heads and plastic turds! However, this didn’t dampen the serene beauty of the river. Numerous yachts and tourist boats cut across the spotless aquamarine water. For lunch, we decided to eat at a local ‘Veggie Grill’, which offers a great selection of dishes if you’re also on a Vegan or Vegetarian diet!

After dinner, we walked past some of the most famous Riviera and Goodman Chicago theatres, which were hung with a flare of neon signage and flashing lights. Later we arrived in the midst of Millennium Park and visited the Bean – masses of people surrounded the site to see their distorted reflections in the polished steel of the shape. Shortly afterwards, we left the hustle and bustle of downtown behind and cut through Grant Park to see Buckingham Fountain – our final stop for the day.  The fountain consists of three tiers and is surrounded by sculptures of water shooting horses and many other smaller sprinklers that make up the impressive pool.

My second day in Illinois was just as warm and welcoming as the first. We began the afternoon by driving to the nearby city of Evanston in our car rental. We dined at a cosy Indo-Chinese Restaurant called Joy Yee’s Noodle Kitchen and had plates of spiced potatoes and crispy stir-fry. After this, it was a quick pit-stop to a local dessert parlour for traditional Japanese rolled ice-cream, topped with fruit sauce and jelly sweets. 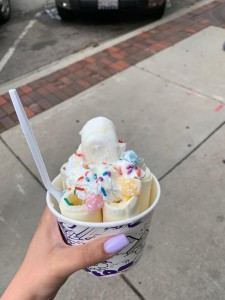 Our drive ended at the Bahai‘ House of Worship. The site is a peaceful and serene marble temple inspired by middle-eastern architecture. The monument was home to its own tranquil gardens and fountains; we even spotted some baby rabbits frolicking the nearby foliage! Inside the temple stands a sombre reflection hall where guest are encouraged to perform silent meditation. You can look up to catch a glimpse of the building’s impressive ceiling designs and golden etched Arabic writing.

On my third day in Chicago, it was Labour Day. The city was packed by tourists and fellow Americans venturing from out of state to enjoy their time off in the bustling lakeside city. We parked downtown and stopped off for a quick bite to eat at Velvet Tacos. Afterwards, we drove down to the Shed Aquarium, from where you can see an expressive full-scale view of the city’s monumental skyline. Following the shoreline, it’s easy to reach Chicago’s Hollywood Beach, where we spent the afternoon sunbathing in the sizzling 30-degree heat. I even decided to take a dip into Lake Michigan. However, sadly, the sun had not warmed up the cold water enough for a swim!

Later in the week, I finally got the chance to see the overly Instagrammed Chicago Skydeck. Here we could see the skyline from an impressive bird’s eye view, on the 103rd floor of the Willis Tower! We took the train downtown and took the long walk down the Magnificent Mile – where most of Chicago’s prominent designer outlets are situated. When we had walked off the previous night’s deep dish pizzas, we took the elevator up to the top of the building.  After some model shots on the ledge of the tower, we made a quick pit-stop at Starbucks and headed to The Sugar Factory.  The venue is famed for its hosting a long list of celebrity guests, from the likes of Nicki Minaj and Kylie Jenner. The Sugar factory serves goblets and mini cocktails from a variety of delicious fruit flavours, as well as a range of mouth-watering main dishes and desserts.

On my final full day in the US, it was decided that I couldn’t leave without seeing Navy Pier! The location is stocked with an impressive harbour of boats and amusement park rides, including a swing carousel, merry go-ride, and climbing wall. There is also a gigantic Ferris wheel which gives a fantastic view of the bay area and down below! Afterwards, we walked back to the city centre for a quick bite at the Cheese Cake Factory to sample their impressive cakes before heading back home. 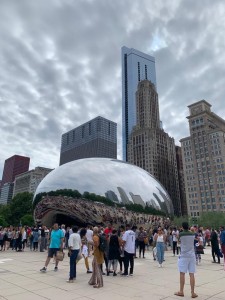 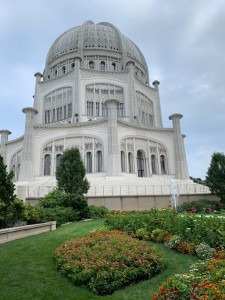