HOW TO TRAVEL IN STYLE WITH ELFYN EVANS

As the World Rally Championship heads to Mexico for its first round outside Europe, who better to ask than a globe-trotting rally driver for tips on how to travel... 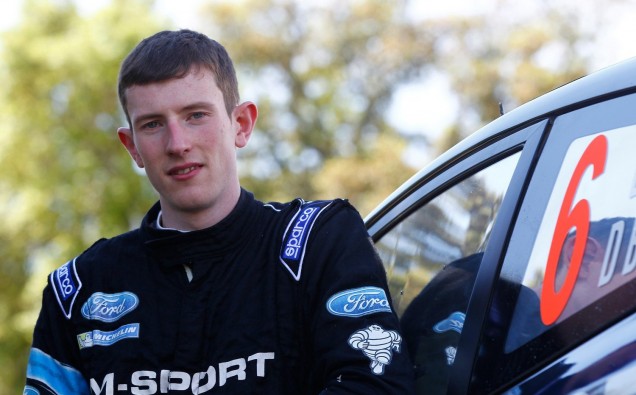 As the World Rally Championship heads to Mexico for its first round outside Europe, who better to ask than a globe-trotting rally driver for tips on how to travel smart

Elfyn Evans would probably like to spend less of his life in airport lounges. But as an international rally driver and Red Bull athlete competing in the FIA World Rally Championship, he’s sort of condemned himself to a life of departure gates, W.H.Smith’s and baggage reclaims.

So if travel is a necessary evil, what are Elfyn’s tips for making it as easy as possible? We sat down with the DMACK World Rally Team driver to talk suitcase essentials, his souvenir purchasing policy and, er, crocodile handling.

So Elfyn, what are the things you always take with you on a flight?

“I always have a ton of electronics in my hand luggage, because we take all the video footage from previous years’ rallies with us to every event. So my hand luggage is always a mess, because the cables are always tangled up at the bottom of my bag. I’ll usually have about five hard drives, six GoPros and all the rest of it.

“I always have training kit, too. I carry a TRX system around with me so that I can do that anywhere, hang it on a hotel door or whatever. It’s easy to go for a run, but if you want to do anything else, if you’re away on a long-haul for a week and a half, you could end up doing no strength training at all. So I always take that with me.

“I’ll always have headphones, too, because travelling is quite boring really. I’m not really a book guy, so I usually have some series on the go on the laptop just to have something to watch. Before the rally starts, you often start your day at seven in the morning, come back off recce at four or five o’clock, review video footage flat-out, go for food, do some more video. It’s nice to have something different to watch just before you go to bed. I don’t have anything on the go at the moment, but I’ve watched all of Sons of Anarchy, which was quite good. Breaking Bad was good too.”

Have you ever rocked business class?

“We’re lucky in that we get to fly business class for all the long hauls, and that makes a big, big difference when you’re going to events. I’ve never done first class though, just business.”

Do you try and see the sights in the places you visit, or can you only do that via PR events at the rallies?

“It depends where it is, really. The problem is that the PR events are always the night before a rally starts, so you’re never really in the frame of mind to really enjoy yourself. I think if it was on the Sunday or Monday before the rally, it would maybe be easier to enjoy it, but it’s always a bit of a rush. You’re looking at your watch thinking, ‘How much longer do we have to stay?’ because you’ve got loads of video left to check. We did one with crocodiles and snakes though. I held the crocodile, but I didn’t go anywhere near the snake!”

What about trying the local food?

“To be honest, we get pretty good food in the hospitality area. I enjoy Italian food a lot, so if I get that I’m usually pretty happy.”

What’s your best purchase from a trip?

“I never buy anything when I’m away. I’m not tight with money, but I’ve got very little patience for shopping. I’m very much a boys’ toys kind of guy, so if I go and buy something, it’s more likely to be a motocross bike or something like that, rather than buying sh*t while I’m away! Normally, I’ll only end up buying something if I’ve forgotten something.”

“I like Mexico, just because it’s very different. There’s something old school about it, but in a good way, like people travelling around in the back of pick-up trucks. If you did that in the UK, you’d be locked up! It’s just really laid back, very cool. A bit dangerous, but I think that adds to the atmosphere – although I don’t know if I’d just go cruising through Mexico City!

‘We actually transferred through Mexico City for the rally once. We went to get a taxi at the airport desk and this guy had no idea where the hotel was, even though it was just around the corner from the airport. We ended up going down these little streets in Mexico City and it didn’t feel particularly safe. There were people standing in the middle of the road looking at us and then getting out of the way to let us past.’

What about languages – apart from English and Welsh, of course, do you speak any others?

“No I don’t. I was one of those typical kids at school who thought, ‘What’s the point of learning languages? I don’t need to do this’. My Dad [former British Rally champion Gwyndaf Evans] would tell me, ‘You should really be doing languages’, and obviously he’d travelled, been there, done that. But I was the 14-year-old lad who knew everything and I’d decided that languages were hard and I didn’t enjoy learning them. But definitely after travelling so much over the last few years, I now regret that I didn’t take the time to learn another language.”

“I have very little patience, to be honest, so maybe I could give a tip to the people that take half an hour at security checks. Get everything you need out of your bags before you get to the desk!”