10-YEAR OLDS ON THE ROAD TO SUCCESS

Does your teen think they’re better than you at everything – even things they’re not old enough to do? Thanks to a national competition launching today, they might finally... 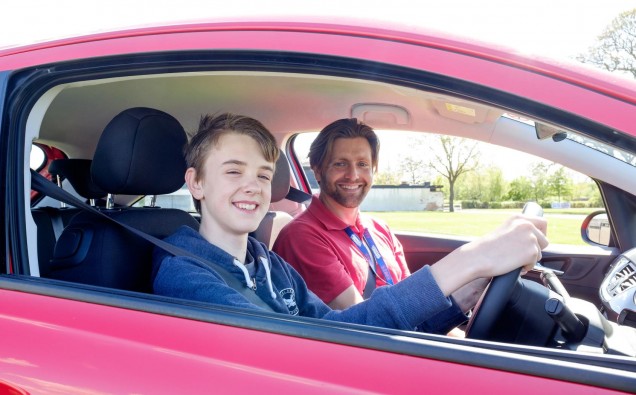 Does your teen think they’re better than you at everything – even things they’re not old enough to do? Thanks to a national competition launching today, they might finally be able to prove they’re right.

The Young Driver Challenge 2018 specifies that drivers have to be under the legal driving age of 17 – and they can be as much as seven years away from taking to the road for real.

The competition, which is in its fifth year, offers anyone aged 10-16 the chance to be named Britain’s Best Young Driver. The Challenge is run by Young Driver, the country’s largest provider of pre-17 driving tuition, which provides lessons with fully qualified instructors in dual controlled cars at more than 50 venues across the UK.

Anyone aged 10 or over can enter the Young Driver Challenge – and prove to their parents they really can do it better! Until the end of July, anyone taking a lesson at any Young Driver venue can enter the competition, with the best 40 scores across the country making the final.

The Challenge encourages youngsters to consider responsible and safe driving, with top marks given to those who show the best levels of control and awareness. The national final will take place on September 22nd at the Fire Service College in Moreton in Marsh, where emergency services’ drivers are taught. Twenty finalists compete in each of two categories – 10-13 years and 14-16.

Entrants drive a dual control, Vauxhall Corsa, with an approved driving instructor, and are marked on driving skills and manoeuvres, including parallel parking, independent driving, emergency stops, steering, judgement and positioning. Judges include ex-police drivers and advanced instructors and first place prizes for each category include £200, 10 one-hour Young Driver lessons and family restaurant vouchers. Prizes are also given to the runners-up.

One in five newly qualified drivers has an accident within six months of passing their test and more than 400 people are killed on UK roads in accidents involving young drivers every year. Pre-17 driving tuition has been shown to cut the accident rate in half, to one in 10.

Laura White, head of marketing for Young Driver, said: “Of course, it’s pretty annoying when your kids think they can do something better than you – but with some of our drivers, they really would put people who have been on the roads for years to shame! The aim of Young Driver has always been to create a safer next generation of drivers. Research shows that teaching children at a younger age, and over a longer period, is key to getting them the experience they need to be able to react quickly and appropriately when they do get on the road for real. People are often amazed at the skill shown by some of our young drivers – even at just 10 – but their brains are like sponges and they absorb all the information and road safety points without having the pressure to pass a test, or the need to prove to peers that they can do it.

“The Challenge Final is always the highlight of our calendar. This is the first year the final has taken place at the Fire Services College in the Cotswolds, and it’s a brilliant venue, where we’ll be able to set up a really interesting Challenge Final! We’re looking forward to welcoming the best of the best from around the country.”