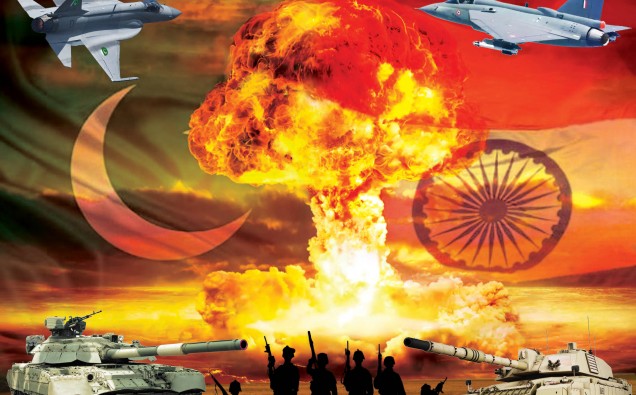 Kashmir has been set on fire by the Fascist Modi’s Government & turned the paradise on the earth into hell. The latest news from Indian Occupied Kashmir is worrying. It’ been over a month of curfew, and, the complete blackout of information, communication, schools, offices & medical facilities has been observed. The international community is showing a deep concern over the situation of the valley. Since, the revoke of Article-370 & Article 35-A of the Indian Constitution; Local & international political leaders around the globe, international organisations, international media & various human rights organisations have been raising their voices for “the biggest ever human crisis” developing because of the atrocities & wrongdoings of the Indian Army.

The prime minister of Pakistan compared his Indian counterpart with Adolf Hitler over the scrapping of the special status of Jammu and Kashmir and blockade of the region.

Imran Khan also warned he would respond to any attack on his territory by “ten folds.”

“What Modi is doing in Kashmir like Hitler’s final solution,” Khan said in Muzaffarabad before the provincial assembly in Pakistan-controlled Kashmir.

Khan made his statements during the 72nd anniversary celebrations of Pakistan’s independence from the British Empire and its separation from India, which were this year dedicated to Kashmir, a disputed region divided between the two countries over which two wars have been fought.

“Hitler had arrogance and Modi’s arrogance is no different,” Khan added, comparing the radical Hindu ideology to Nazism.

“In this ideology, like the Nazis, the ethnic cleansing of Muslims from India was also included,” Khan said, in reference to Kashmir being the only Muslim majority region in a Hindu majority India.

Khan also warned Modi that Pakistan and its military was ready to respond to any attack from India.

“I am telling Modi that if you try a skirmish, we will respond ten folds. We will not tolerate any violation and are fully ready to counter it,” the Pakistani prime minister said.

He further said: “If this region goes to war, the world will be responsible.”

Since 1947, more than 100,000 Kashmiri Muslims have been killed in the valley, and over half a million Kashmiri Muslims have been injured. Under the prevailing imposed curfew, more than 14 million Kashmiris are being treated as a hostage by the Indian Army. They are forced to stay in their homes; there is a severe shortage of food & medicines in the valley. Massacres, fake encounters, disappearances, mass graves, extrajudicial killings, torture, sexual violence, mass rapes, and the use of pellet guns are the common stories that come out of the valley, but no one precisely knows the exact human abuse which is happening in the biggest living Jail since 5th August 2019. According to Al-Jazeera, Approximately 500 protests have been broken out in IoK within the first three weeks of the curfew over 10,000 people have been arrested, the jails in IoK are full & the arrested ones are now being detained in unknown places throughout India. Thousands have been injured, hundreds have been blinded through pallets guns, people are dying due to shortage of food & medicines, babies dying due to unavailability of milk, the dead ones not being issued the death certificates; all these efforts done in execution of a massive genocide in IoK is the situation into a staggering revolt.  The Lava is building every day due to violations of human rights & once the curfew gets lifted up, the effect of this volcano eruption will widespread over the region bringing two nuclear states, India & Pakistan on a collision course.

The Modi’s Government, which staged the narrative of “Akhand Bharat – The Greater India” in the name of national security, has become detrimental to regional peace. PM Narendra Modi is a lifetime member of the Rashtriya Swayamsevak Sangh, abbreviated as RSS which is an Indian right-wing, Hindu nationalist organisation involved in the brutal massacre of Muslims in Gujarat, Bhiwandi riots, Bombay riots, and the assassination of Mahatma Gandhi. “Hatred” for minorities, specifically the Muslims, is the main source of Motivation for RSS. Like Nazi Party led by Hitler; RSS based BJP following the “Ideology of Hindutva”, is being led by Narendra Modi today – famously known as “the butcher of Gujarat”, considering Hindus of the higher castes (Brahmans & Kshatriya) the most superior. The followers of the RSS believe in having only their right to live in the region. The shadow of which is being seen in Jammu & Kashmir, and in Assam where 1.9 million inhabitants have been forcefully kicked out, and are being dealt as non-citizens. Ironically! Most of them are Muslims in this case too. Hence, the Modi’s government is completely operating in excluding minorities, turning the minorities into 2nd class citizens & not providing the minorities with their rights.

In the neighbourhood, PM Imran Khan after being elected in August 2018; despite a complex history between two countries, continuously offered peace & reconciliation with India, focusing on common unemployment, poverty, climate change & shortage of water, but the Modi’s Government remained stuck with their Hindutva Ideology and repeatedly neglected Pakistan’s desire of peace. The RSS mindset has captured India. It’s not only damaging the peace of the region, but it is also damaging the secularism of India. The revocation of Article 370 & Article 35-A of the Indian constitution is an eye-opener for various other states & minorities. It will boost the separatist movements in India, including the most famous separatist movement –“the Khalistan movement”. Now, only the good sense of the Indian people can save India from this fire, ignited by PM Modi himself.

Similar to that of what is happening in the East of Pakistan, an ideology with quite the same agenda of “supremacism” is prevailing in the West too, i.e. of “the Greater Israel”. This is camaraderie between Israel & India. Israel supported India to do airstrikes in Pakistan, in the recent February it became a pratfall for the Modi’s Government as the Pakistani Air Force shot down two Indian fighter jets, capturing Wing Commander Abhinandan, & acquiring Israel’s “Spice 2000”. It is in Israel’s national interest to engage Pakistan with India, so that she may proceed in achieving her goals. 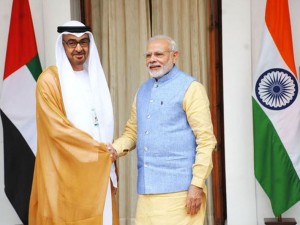 India planned to stage an economic conference in October and opened gates for UAE & Saudi Arabia to Invest in IoK. But the Indian plan seems to be failing because of the rebellious response from Kashmiris and the hostile situation of the valley. The most recent & surprising news coming from the valley is that the posters & banners of Pakistan’s DG ISPR & his tweets are being carried by the protestors signaling “to intervene & save them”. The Arabs are confused in the overall political situation of region & the stability of their regimes. UAE & Saudi Arabia considers “Turkey after 2023” a threat to their regimes. Both of these countries are going to recognise Israel to be a part of “The deal of the century” to strengthen their economies and their regimes.  Without being affected by atrocities of Indian army in Kashmir, UAE awarded PM Modi “Order of Zayed” – the highest civilian award depicted a bad image in the eyes of Muslims around the world. The Muslims are in agony over Saudi’s decision of investing $75 billion in India & UAE’s decisions of honouring a fascist leader, at such a time when the Kashmir is under curfew & barbaric Indian army is violating human rights.

The whole scenario of the international political circus is taking the world to a dead-end, and only a good sense can stop this fire. The racist & Fascist mindset will only lead to destruction. The situation may turn to a nuclear war. The world can’t ignore this because we all are in danger. The international community must play their vital role & must think beyond trade & business advantages to save billions of inhabitants of the world.