The film shares a story about a close friendship between two girls that is eclipsed by an accidental poisoning at school and it Executive Produced by Guneet Monga.   Writer/Director... 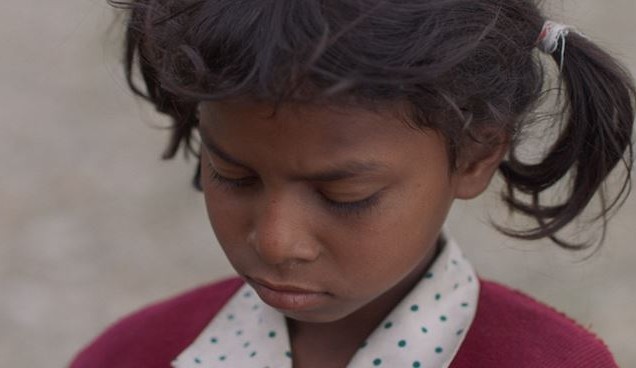 The film shares a story about a close friendship between two girls that is eclipsed by an accidental poisoning at school and it Executive Produced by Guneet Monga.

Writer/Director Karishma Dev Dube’s Student Academy Winning short film BITTU that centers on a close friendship between two girls on a seemingly normal day at a school in rural India is available to watch for a limited time as part of Vimeo’s Staff Picks. BAFTA nominee and the Executive Producer of the Oscar-winning documentary short film PERIOD END OF SENTENCE has come on board to lend her support to this important film. Karishma Dev Dube’s BITTU wins a DGA Student Film Award for Best Asian American Student Filmmaker and the film is shortlisted for a 2021 Academy Award

An accidental poisoning at school eclipses a close friendship between two girls.

Set in a forgotten Himalayan community, this film follows the journey of an eight year-old BITTU her best friend and young protégé, Chand. The incident was a moment of mundane carelessness that resulted in horrific consequences. On this day, events escalate quickly between the two friends, bringing them to an end they never imagined.

Karishma Dev Dube came to the states to attend the Graduate Film Program at NYU, where she received the Dean’s Fellowship. Her first film DEVI premiered at BFI London Film Festival before playing 56 international film festivals, including Edinburgh Film Festival, Frameline, LA Film Festival, and Outfest LA, where it won the Grand Jury Prize for Best Short Film. Her work has been featured on the Advocate, BBC World, and The Wrap’s Shortlist. BITTU had its North American premiere at Telluride Film Festival.
BITTU is Executive Produced by “Indian Women Rising,” a female cinema collective founded by Guneet Monga, Ekta Kapoor (Alt Balaji), Tahira Kashyap Khurrana, and Ruchikaa Kapoor Sheikh (Balaji Motion Pictures). With IWR, the team is determined to empower the story presented by a strong team of women with Director Karishma Dev Dube, Shreya Dev Dube as the cinematographer  (credits include Cat Sticks, A Suitable Boy), and Mary Evangelista (Fran This Summer) produced the film.