Spring offerings with the first Pakistani Film Festival in the UK hosted by the MAC and a return of Rizwan-Muazzam Qawwals at the Birmingham Town Hall. 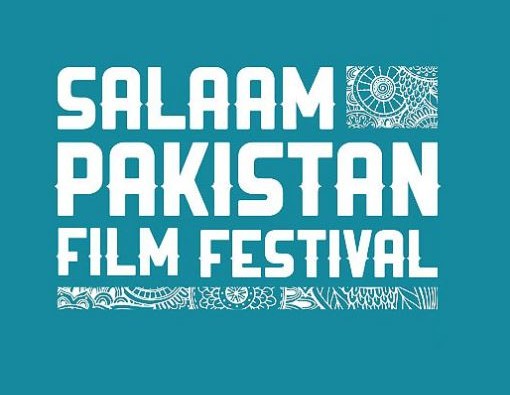 This spring saw the opening of the UK’s first Pakistani film festival at the MAC. Created in an effort to engage with the diversity of British Pakistani and Kashmiri communities, it showcased some of the region’s best independent film-making.

It opened with the UK premiere of ‘Lakeer’, the story of a Kashmiri couple separated by the 1947 Partition. Also included in the line-up were screenings of ‘Saving Face‘ and ‘A Girl in the River’ by Oscar-winning filmmaker Sharmeen Obaid-Chinoy, before closing with ‘Josh’ a heart-wrenching film about the realities of social and class struggles in Karachi.
I went along to the screening of Lakeer, including a Q&A with its UK based writer Ali Adalat. The first Pahari film to be made, it was a rare experience to hear this mountain dialect spoken on the big screen just as it’s heard across the line of control in Jammu & Kashmir, and a large percentage of the Pakistani-Kashmiri diaspora in the U.K. Translated as lines and borders, both the title and the dialect symbolise the power of art and language in transcending man-made frontiers. Set at the time of the 1947 partition, politics are set aside to focus on the human cost of conflict with divided families separated by bureaucracy and war. Having rejected social convention, Sakina and Sheeda marry but only by eloping away from their communal village shared by Muslims, Sikhs and Hindus alike. It’s not religious differences that keep them apart, but their caste differences which make them social outcasts.

Their hopes for reconciliation with their families are destroyed when the violence of Partition arrives like a whirlwind, destroying religious harmony and separating the couple and their children between the India and Pakistan divide. The penultimate scene is a poignant reminder of the inhumanity of needless suffering in political conflict, and where to draw the line in power struggles.

The film brings up questions of changing identities amidst a changing political landscape with the Pahari language used as a tool to make a powerful statement about celebrating commonalities despite the turmoil. Sitting in the audience, I was disappointed though that more Pahari speaking people didn’t attend, despite a large percentage residing in Birmingham. There is an increasing interest to support films made in local languages, and rumour has it that Lakeer may hit the big screen in Star City soon, so be sure to look out for it.

There was no shortage of audience however at the Birmingham Town Hall on Mother’s Day. Though not filled to full capacity, the hall was filled with Qawwali enthusiasts enthralled by a three-hour set from Rizwan-Muazzam Qawwals. Nephews of the late Nusrat Fateh Ali Khan, they embody the presence of their former Ustadh and uncle in both appearance and performance. They returned to Birmingham after a successful tour in 2017, with their unique style of bringing to life the enduring music and poetry of Sufi mystics. Their focus on more traditional ghazals stretched to longer formal renditions sets them apart from their more commercial contemporaries. Their explanations of the lesser known qawwalis in both English and their native Punjabi were met with ecstatic hand clapping and feet tapping that reached a crescendo with the popular Mere Rashke Qamar and a seamless merging of the two versions of Laal Shahbaz Qalander.

Between the Pakistani film festival at the MAC and the qawwali concert at the Town Hall, March was a great month for the arts close to the cultural roots of many of the Midlands Asian communities. It’s a great way to inspire and channel the untapped talent in our region with greater encouragement to pursue the arts.

B-Side brings Hip-Hop back to Birmingham