A social media video depicting four British soldiers opening fire at an image of Jeremy Corbin has caused havoc in the Houses of Parliament.  The footage was shot in... 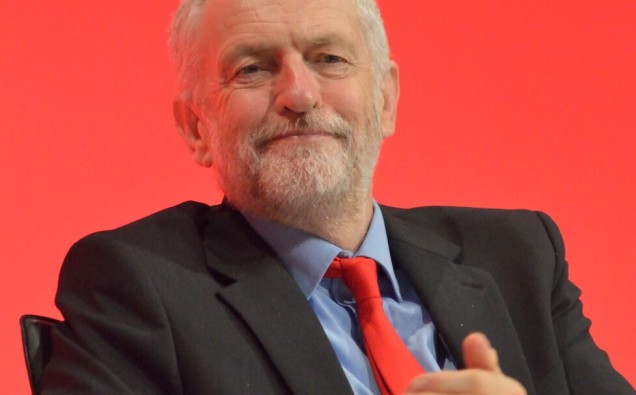 A social media video depicting four British soldiers opening fire at an image of Jeremy Corbin has caused havoc in the Houses of Parliament.

The footage was shot in Kabul, Afghanistan and shows military personnel taking up arms and shooting at a portrait of the Labour Party MP. The men have been identified as belonging to the 3rd Battalion, Parachute Regiment and the backdrop of the video features a Simunition range.

As the camera pans in on the image of Mr Corbyn, his face can be seen as being covered with impact marks from the shots. It has now been confirmed that the soldiers were firing non-lethal wax pellets and not the usual metal bullets.

A sticker with the words ‘Happy with that’ is shown throughout the Snapchat recording. It is believed that the video was first uploaded on the platform before it also began to be re-shared on Twitter.

The official spokesman of British Prime Minister Theresa May said that she had acknowledged the video but had not yet watched it fully. She commented on it being “clearly unacceptable” in terms of content.

Labour Leader Mr Corbyn himself stated that he had been “shocked” by the clip. He further added: “I hope the Ministry of Defence will conduct an inquiry into it and find out what was going on and who did that.”

Speaker John Bercow responded to the recording in the Commons chamber. He said: “Frankly, I would be horrified if our service personnel were to behave in such a way in relation to any member of this house, or the representative of any political point of view embodied in a democratic political party… It’s an entirely unconscionable way to behave.”

Another Labour party spokesman further commented: “This behaviour is alarming and unacceptable. We have confidence in the Ministry of Defence to investigate and act on this incident.”

An investigation is indeed being set up by Army commander Nick Perry of the 16 Air Assault Brigade. He emphasised how the military department is eager to uncover who was behind the incident.

The footage is thought to have emerged from among a range of 400 soldiers in Perry’s Brigade who are currently working alongside Nato and the Army’s Afghan partners. This is where the enquiry will be launched.

Conservative MP Tom Tugendhat, an ex-lieutenant colonel who was deployed in Iraq and Afghanistan, stated that the video was “disgraceful”.

Defence secretary Gavin Williamson said that he has belief in the “the prompt and clear leadership shown by the Army in investigating this troubling video”.

It is yet unclear as to when the video was filmed but the British Army has assured it will get to the bottom of the matter and uncover the identities of all perpetrators involved in its making.