Arjun Kapoor in an all-new avatar 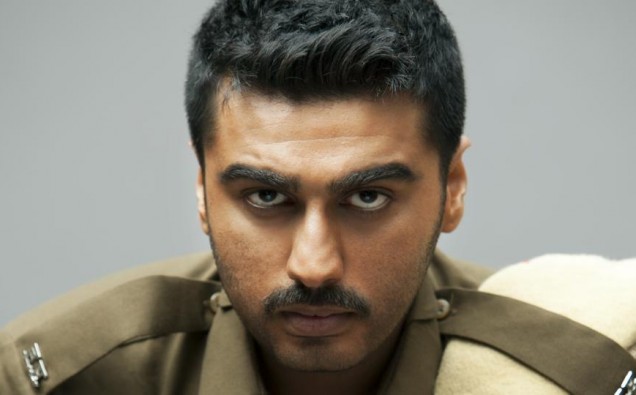 Known for pushing the envelope with his content cinema, Dibakar Banerjee is presenting Arjun Kapoor in an all-new avatar. In the first glimpse of his character from Sandeep Aur Pinky Faraar, Arjun has a huge look change. He sports a buzz cut typical of police recruits and looks every bit the heartland policeman in this photo.

In the film, he plays a 30-year-old police constable from Haryana. Arjun has spent extensive amounts of time prepping for this role under the supervision of his Director Dibakar Banerjee. He interacted with police recruits across all ranks in both the Delhi
Police and Haryana police and also visited a training academy to witness all that goes into the making of a heartland cop.

“Playing a cop is traditionally considered cool in Hindi films. But in a Dibakar Banerjee film, a cop is presented as realistic and yet, unique as a person. It’s that dichotomy of blending yet and still standing out that makes this role all the more exciting. Dibakar is very specific about the look of his characters. We worked on it for a long time before he decided that this is the look he wants. From my moustache to my hair cut, to the freckles on my face to make my character look like a cop and yet blend with his environment reflects just how Dibakar has imagined him and his world to be.

It will be a gritty entertainer and I’m looking forward to the first day of the shoot.” said Arjun. Produced by Yash Raj Films, Sandeep Aur Pinky Faraar costars Parineeti Chopra.

The film is set to release on August 3, 2018, and marks the hit Ishaqzaade Jodi of Arjun Kapoor and Parineeti Chopra to re-create magic
together on-screen

I CAN SEE CLEARLY NOW… DRIVING TIPS FROM IAM ROADSMART