Use Brexit to shake up “irrational” alcohol duty system, think-tank says Same-strength alcoholic drinks should be taxed at the same rate. A “duty strength escalator” should be introduced to... 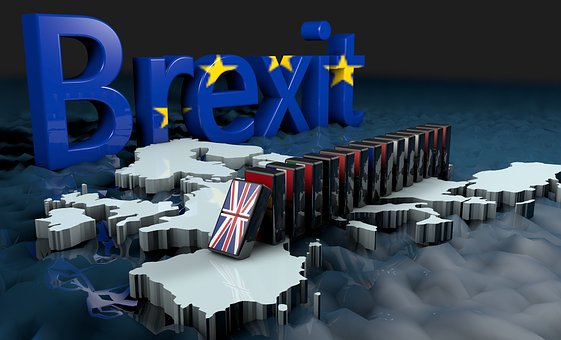 Duty on alcohol should be dramatically overhauled so that the stronger a drink is, the more tax it incurs, a think-tank says today.

The Social Market Foundation said that existing duty rules are inconsistent and unfair, and make some drinks such as high-strength cider unjustifiably cheap.

The cross-party think-tank proposed a shift in the burden of taxation towards high-strength drinks bought for consumption at home, and away from weaker products bought in pubs and bars.

In a new study, the SMF found the current duty regime is irrational and inconsistent, imposing different levels of duty on the alcohol in different products.  At present, the alcohol in a 6% cider is taxed at just 7p per unit, but a low-strength wine, also at 6% alcohol content, incurs 50p of duty per unit.

To resolve such inconsistencies and discourage harmful heavy drinking, the SMF proposed reforms of duty rules that would increase the price of low-cost high-strength cider bought from shops by almost double but slightly reduce the price of beer bought on pubs.  The report also calls for alcohol taxation to be “depoliticised” and guided by regular expert reviews of the harms caused by excessive drinking.

A new “strength duty escalator” would mean that the duty per unit of alcohol rises with the strength of the product. Some manufactures are already reducing alcohol content in drinks to follow changing consumer tastes. The SMF said its escalator policy would reward such changes and encourage others to follow.

The SMF also proposed a new “Pub Relief” scheme allowing pubs to claim relief on alcohol excise duty.  That could cut prices in pubs and focus alcohol duty on the off-trade, which is particularly reliant on sales to hazardous and harmful drinkers. EU directives currently mean that such a Pub Relief is not possible.

Strong cider bought from shops would be hardest hit by the proposed duty rise.  Currently, a 2.5 litre bottle of cider at 7.5% — containing 18.8 units of alcohol can cost just £3.70.  The strength duty escalator proposed in the report could push that price to £7.37, a 99% rise.

On the other hand, the price of a pint of 4.5% lager in a pub could fall from £3.70 to £3.44 (SEE TABLE). This is under a reformed duty regime that would raise the same amount of revenue as is the case at present – about £12bn per year.
The SMF report was sponsored by the Institute for Alcohol Studies. The SMF retained full editorial independence.

SMF calculations show that the richer a person is, the more likely they are to drink. Almost one in three (28%) of people in the lowest income bracket do not drink any alcohol.  By contrast, only 6% of people earning more than £40,000 a year are non-drinkers.

“The way we tax alcohol today is a mess.  Inconsistent, irrational duty rates based on politics and special pleading mean drinks closely associated with serious medical and social harm are unjustifiably cheap.

“A consistent, well-planned duty regime could discourage the riskiest drinking, support the pub trade and reward manufacturers who reduce the strength of their products. Alcohol should be taxed on the basis of evidence, not politics.”

“This new report from SMF highlights the illogicality, loopholes and perverse incentives that pervade the way we tax alcohol. For too long, politicians have set alcohol duty with more concern for newspaper headlines than the health and welfare of the country. We therefore welcome SMF’s proposal that alcohol taxes should be set on the basis of a rigorous independent evidence review every 5-10 years.

“Post-Brexit, if the UK is no longer bound by EU Directives on alcohol taxation, the Government should restructure the duty system to ensure that stronger products are taxed at a proportionately higher rate. At the same time, SMF demonstrate that Brexit should not be an excuse for inaction. Even under the current rules, the Government can take a common sense approach to taxing alcohol by ending the favourable treatment of cider. This would save lives and protect some of the most vulnerable groups in society”