Dating expert and founder of online dating website Old Style Dating, Dennie Smith, has been named a Top Ten UK Female Entrepreneur for 2019. The mum and grandmum from London has been named... 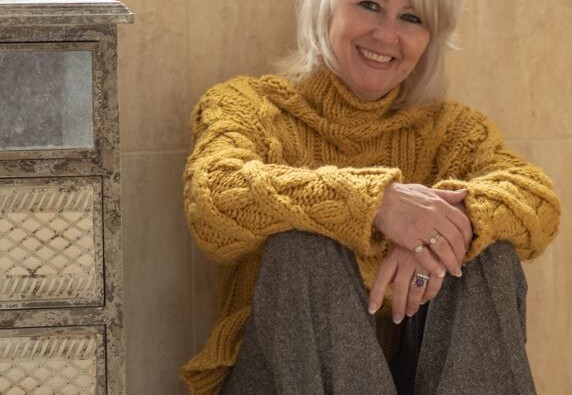 Dating expert and founder of online dating website Old Style Dating, Dennie Smith, has been named a Top Ten UK Female Entrepreneur for 2019. The mum and grandmum from London has been named as an inspirational entrepreneur by a business magazine.

Dennie Smith, the founder of an online dating site which promotes romance and respect, has been named one of the UK’s top ten women entrepreneurs.

Hundreds of business women were nominated for the shortlist in the online publication Business Game Changer Magazine which is written by, and for entrepreneurs.

Dennie said: “It’s humbling to have been nominated and then to be selected I am still pinching myself.”

Dennie first became an entrepreneur at 53 when she sold her house of 23 years to buy the hair salon she was running as an employee in Selsdon near London. The current owner wanted to move on and Dennie took the plunge. Since that time, she’s transformed the business into a vintage style salon with an outstanding reputation in the community.

Her next business venture stemmed from watching her own children – she has four – try to find a partner using the modern method of meeting online.

“My children found that while the online world is fantastic for many things, for dating it can be a minefield. People tell lies about themselves, they want hook-ups, they don’t turn up to dates or their behaviour online is atrocious. I wanted to do something which was modern with a dash of good old-fashioned manners around respect and romance.”

She created a respectful online dating website – Old Style Dating – promoting timeless values for anyone over the age of 25. She said that most people thought she was mad, they weren’t sure if it would be accepted in 2019.

“Setting up the online dating has been a challenge to say the least and I’ve had to learn a lot as it’s very different from my salon business,” Dennie said.

“I am determined and passionate. I work every waking hour from 6 am till I finally sleep. The site is personally monitored by me and I’m even logged on as a member to keep an eye on all.

“I am honoured to have been chosen with other fabulous women to win this award as one UK’s top ten entrepreneurs. I haven’t saved lives or made millions however, from nothing I have turned around a salon, I employ six people and people are now congratulating me on bringing back decency in the dating world.”

‘National Living Wage’ to Increase to £10.50 an Hour Over the Next Five Years