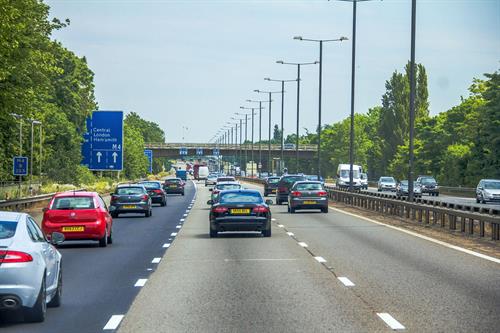 ROAD SAFETY and breakdown cover specialist GEM Motoring Assist is encouraging drivers to put safety first on motorway journeys. The organisation is also calling for a stop to the rollout of smart motorways until a proper safety review has taken place -and sufficient refuge areas have been provided to assist stranded motorists.

GEM road safety officer Neil Worth offered some reassurance for drivers: “Motorways may be the fastest roads we use, but they are statistically also the safest; and there are fewer collisions on motorways than on other roads,” he said.

“However, the high speeds used on motorways mean that when there is a crash, it is likely to be more serious. That’s why on average around one in 50 motorway collisions is fatal, compared with one in 70 on all other roads.

“We are also asking ministers and highways authorities specifically to call a halt to their rollout of smart motorways across the country until a proper review of safety has been completed and adequate refuge areas provided for drivers.

“In order to maximise safety, we also urge drivers to ensure they know the rules and signs relating to smart motorways, which are becoming more commonplace.”

GEM says it is regrettable that in spite of the spread of smart motorways, there is still no specific advice contained in the Highway Code – a situation that is unacceptable, bearing in mind that so many motorists are being penalised every day for being at the wrong speed or in a closed lane.

“Understanding how a smart motorway works, and knowing what to do if you are unfortunate enough to experience a breakdown in a stretch of smart motorway, could well prove a lifesaver,” adds Neil Worth.

“Safety is the top priority for Highways England and we urge everyone who uses our roads to make it theirs too. Any death, on any type of road, is one too many. We’re working hard to improve England’s motorway and A roads and we need your help. We all have a role to play to make sure we all get home, safe and well and we’re asking all drivers to make their own safety, and that of other people, the most important thing to think about when they travel. Remember to check your vehicle, obey all signs and think about other drivers.”

A healthy gut microbiome, watching your waist size and getting enough sleep