Fatal Collision between Cocaine Drug-Addict and Family in Handsworth

Following his trial at Birmingham Crown Court, reckless driver Adrian Paskin pleaded guilty to death by dangerous driving. He was also driving while disqualified and driving with no insurance.  The unemployed... 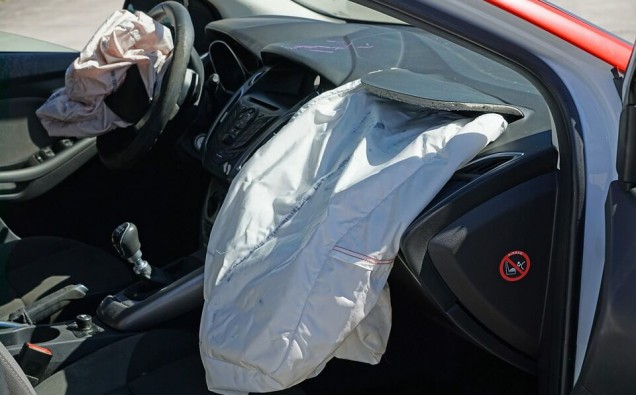 Following his trial at Birmingham Crown Court, reckless driver Adrian Paskin pleaded guilty to death by dangerous driving. He was also driving while disqualified and driving with no insurance.  The unemployed drug addict fled from the police and caused a fatal crash in Handsworth, in which he collided head-on with a family car. He had taken enough cocaine to be more than four times over the legal limit.

Paskin had been involved in high-speed police chase that day, but the police had stopped pursuing him due to the danger of his driving. However, they continued to follow him once he exited the motorway, which caused Paskin to make off at speed, resulting in the fatal crash.

Mohammed Alam, driving a Volkswagen Golf with his sister and cousin, turned out of a junction thinking it to be safe. As he did so, Paskin appeared through the dark at 70mph with the headlights turned off. The cars collided and moved 90 degrees from their respective positions, Alam explaining that the cars lifted from the ground upon impact.

Paskin instantly fled from the scene, leaving his girlfriend seriously hurt in the back of his car. Alam, hearing his sister screaming from the pain of injuries to her neck, ran to catch him. However, his injuries prevented him from reaching Paskin, and he fell to the floor, awaiting the police and ambulance’s arrival.

The three members of the Alam family were taken to hospital to be treated for minor injuries. Askin’s girlfriend, Sarah Handley, sadly passed away from a fatal head injury, being pronounced dead by a doctor a short time after the collision, the injuries sustained major. Sarah was a loving mother of one, a daughter and granddaughter, and her death caused great sadness for her relatives.

It came to light during the trial that Paskin had rung his father as he fled from the scene, asking him for help as he had got into trouble, explaining how he had killed his girlfriend. His father rightly persuaded him to hand himself over to the police.

Adrian Paskin was sentenced to fourteen years in jail at his trial. However, this was reduced to nine years and four months for pleading guilty. Alam was angered at such a short jail sentence, as he felt a minimum of twelve years was necessary for what Paskin had done.

Alam talked further about the continuing mental injuries that were the result of such a traumatic disaster, stating that the long-term damage Askin caused was just as extensive. Mohammad’s sister continued to have flashbacks of the crash and cried for at least two days following the collision.