One of the worlds fastest up and coming Punjabi Singers 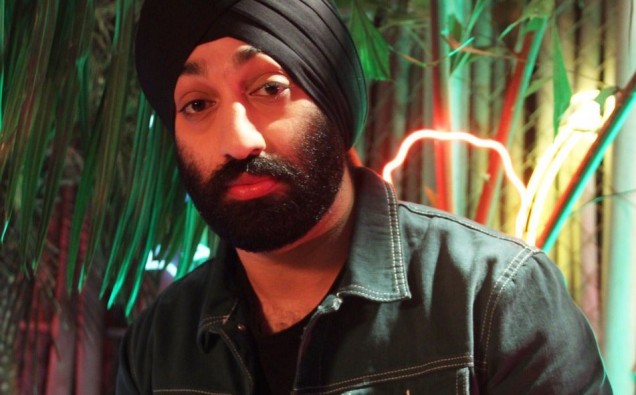 What inspired you to begin a career in the music industry?

I’d always had a love for music from a young age. It was when I went to University that I started to associate with more Asian people and I developed a love for Punjabi/Folk music. The artists that inspired me the most were Kuldeep Manak and Surinder Shinda. I wanted to follow in their footsteps and make some soulful Punjabi music.

How do you feel about your new song DAMN DAMN reaching over 5 million views?

It feels great. The track is international and a commercial song. It’s very different to the songs I started making in my early days. I’m delighted that it’s had the success it has. Just hearing all the positive reviews from the fans and their Tick-Tock videos coming through, it feels really good!

What motivates you the most when releasing a song or working on a new project?

I think what’s motivational to me the most is that I want to be able to express myself. I get a lot of satisfaction from creating music. I enjoy the whole process; from selecting a song to recording the song, seeing the song being transformed  with the backing track, the story evolve into a music video and then a commercial campaign. I very much enjoy the journey and seeing a project from start to finish and then the audience reaction at the end.

What would you say stands out about your music?

I think it’s the versatility I can offer. I’m very proud of the fact I can switch tracks and switch genre effortlessly and seamlessly, rather than being pigeon-holed into one genre. I’ve got the knowledge, appetite and the desire to different things.

Who is your role model in the music industry?

I would say my role model is Gurdas Maan. I think he’s an amazing human being. He spreads a great message through his music. He’s also a great performer, writer and a singer. The way that he conducts his personal life and public image as a respectable and honourable human being is fantastic.

For people who haven’t heard your music before, how would you describe your signature style, or would you say you had one at all?

I would always say that my roots are traditional Punjabi Folk music. I would argue that I can’t really be categorized into a single style, purely because one factor that’s typical of me as an artist is that I like to try new things, and dip into different varieties and genres.

What are your long term goals?

I have another four tracks being released this year – they’re all Punjabi/Bollywood style songs. I will also be releasing a 10-12 track album at the end of this year. I’m hoping I’ll continue to make good music and I also want to pursue my goals into a career in acting as well.

Fantastic Foods to have at Ramadan