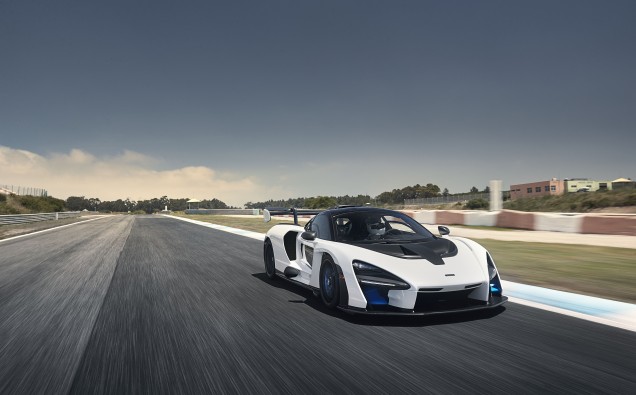 McLaren Automotive emerged as the fastest growing luxury automotive brand in the UK following the release of year-to-date car registration figures from the Society of Motor Manufacturers and Traders (SMMT). The British creator of luxury sportscars and supercars recorded an extraordinary 47.73% year-on-year growth and registered 390 vehicles in the first half of 2018. In addition, the brand increased their number of UK retailers to eight with McLaren Hatfield and McLaren Leeds opening doors for business. A new location for the south coast of England is currently under consideration.

This considerable increase stems from impressive performance of the brand’s core models including the award-winning McLaren 720S and the open-top McLaren 570S Spider. Sales are almost equally split between the brand’s Sports and Super Series lines. McLaren Automotive recently celebrated the assembly of its 15,000th car and is now regularly producing 20 cars each and every day to meet global demand, not least from its home market. This now includes the McLaren Senna of which the first UK example will soon be delivered.

The remainder of the McLaren Automotive UK retailer network, comprising Ascot, Birmingham, Bristol, Glasgow, London and Manchester, continues to feature in the Top 10 global retailers by sales volume. McLaren Ascot, the brand’s European Retailer of the Year in 2017, and McLaren Birmingham have recently opened their new aftersales facilities to accommodate a growing number of McLaren vehicles on the market. McLaren Manchester has successfully relocated to its new luxurious sales and aftersales facility in Wilmslow earlier in the year. Worldwide, the brand operates via network of 86 locations in 31 markets and with a record 3,340 cars sold in 2017, is the largest part of the McLaren Group.

David Gilbert, Managing Director – McLaren Europe commented: “We’re excited to be the fastest growing luxury automotive brand in the UK. It’s thanks to the hard work and professionalism of our employees, as well as our excellent retail partners. Furthermore, this significant growth in the luxury space highlights the irresistible appeal of our hand-assembled product range and our continuous focus on delivering a thrilling driving experience. We look forward to continuing our success as we move into the second half of the year.”

For more information on the award-winning range of McLaren sportscars and supercars, as well as the list of UK retailers, visit: http://cars.mclaren.com/.