Research has shown that if you replace sand in concrete with plastic waste, then it could solve a national sand shortage and will also reduce growing amounts of rubbish... 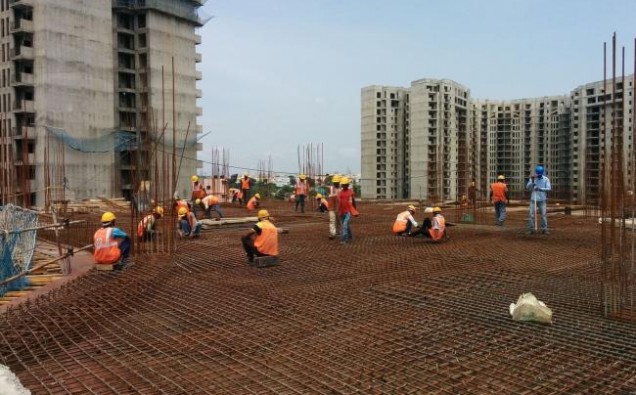 Research has shown that if you replace sand in concrete with plastic waste, then it could solve a national sand shortage and will also reduce growing amounts of rubbish on its streets.

The University of Bath-led project was selected to receive the 2018 Atlas Award in recognition of its potential impact on developing societies around the world.

According to research, small particles which are made completely from plastic bottles could replace atleast 10% of the sand in the concrete mixture, potentially saving 820 million tonnes of sand each year.

Other materials include plastic bags which were trailed. However, bottles which were ground and graded to match sand particle proved to perform the best.

India is one of the world’s fastest-growing economies. A booming construction sector has led to a surge in the cost and demand for sand.

Unregulated sand extraction that comes from riverbeds has come increasingly widespread and is now banned in many Indian states, after fears that it could lead to coastal erosion and an unstable fishing industry.

The growth in India’s urban population also suggests that plastic waste has become a significant problem, with 15,000 tons of it dumped on the streets daily due to a lack of recycling facilities.

Cambridge University lecturer in concrete structures, John Orr, who has completed the research while he was working at the University of Bath, had said the findings could help to tackle both problems.

He said: “Typically when you put an inert, man-made material like plastic into concrete, you lose a bit of strength because the plastic material doesn’t bond to the cement paste in the material in the same way that a sand particle would.”

“The key challenge here was to have a limit between a small reduction in strengths, which we achieved, and using an appropriate amount of plastic to make it worthwhile.”

“It is really a viable material for use in some areas of construction that might help us to tackle issues of not being able to recycle the plastic and meeting a demand for sand.”

The research, in partnership with Goa Engineering College, India, has recently been published in the journal Construction and Building Materials.

Hammad Amin, Imprisoned for Killing a Passenger in Horror Crash