Hammad Amin, Imprisoned for Killing a Passenger in Horror Crash

A driver who fled after colliding with a van while on the wrong side of the road in killing one of his travellers – has been imprisoned for six... 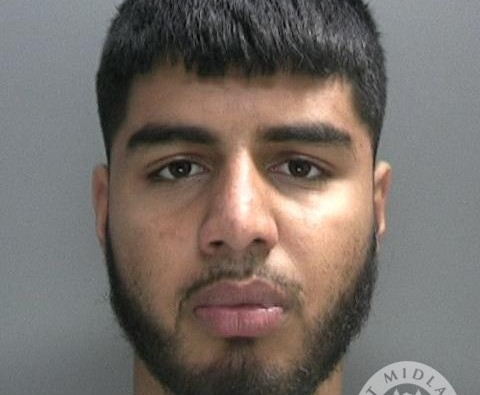 A driver who fled after colliding with a van while on the wrong side of the road in killing one of his travellers – has been imprisoned for six years.

Hammad Amin had hit speeds more than 80mph in residential areas in Birmingham in the wake of neglecting to stop for police who were cautioned that the VW Golf he was driving was stolen.

After an underlying interest through Sheldon, the then 17-year-old experienced a red light and was about to hit a passerby.

He went towards on-coming traffic along Coventry Road and constrained different vehicles to make the shifty move despite the fact that he struck a taxi on his way through.

In light of a legitimate concern for public safety, the interest was abandoned.

The Golf was then spotted on the A4040 Church Road where it mounted the central reservation to make tracks in an opposite direction from police.

The car went the wrong route down the double carriageway where at that point he hit a Mercedes Sprinter van.

Amin kept running off trying to escape the scene yet he was speedily captured in a nearby park.

A 17-year-old traveller who was in the back of the car endured genuine head injuries and unfortunately passed on before long. Amin conceded to making demise by unsafe driving and condemned six years in a youthful offenders institute at Birmingham Crown Court on Thursday (13 September).

Amin, who is currently matured 18 and of Coventry Road, Small Heath, was likewise prohibited from the road for eight years.

Detective Sergeant Paul Hughes, from the force’s serious collision investigation unit, stated: “Amin had a decision to stop that day. Rather, he decided to purposely drive in a risky and careless way which appallingly brought about the demise of a young man.”

“Given his sheer disrespect for other road users, this could have been surprised more dreadful with more fatalities.”

“Following the crash, he didn’t think anything for the welfare of anybody included and attempted to leave the area leaving his companion to bite the dust.”

“In any case, we could capture him rapidly and guarantee he confronted the results of his actions by serving time in custody.”