SHAHID HUSSAIN PULLS OUT OF BAMMA DUE TO HIGH BLOOD PRESSURE

Shahid Hussain has revealed his decision to pull him out of a fight with Nathan Jones on BAMMA. 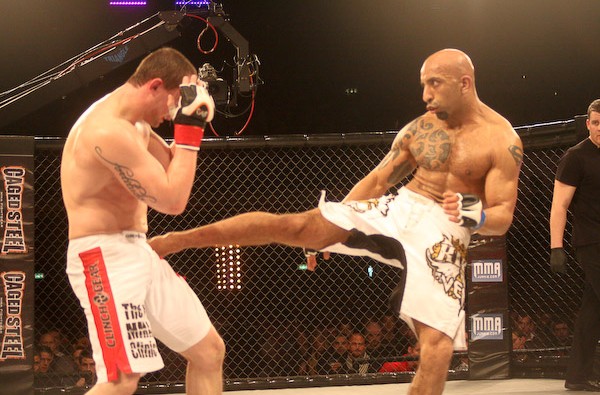 Shahid Hussain has revealed his decision to pull him out of a fight with Nathan Jones on BAMMA. The 38-year-old mixed martial arts star intended to make a statement on the
show at the Wembley Arena, which is said to be his return to the promotion after a seven-year absence.

Although, the martial arts fighter has been ruled out of the fight after the doctors found that he has high blood pressure. It is believed that Shahid is disappointed with the decision to have been cleared to fight with Nathan Jones; however, he is hoping that his medical issue will not rule him out for long as he plans to return to the sport.

Hussain mentioned to the Observer: “It is not something I would have preferred, but it’s one of those things. GPs are medical specialists and mine would not sign me off. “GPs can 100 percent be funny people sometimes. It would have been my 25th professional fight, and I’ve been signed me off before, so why not now?”

He added: “I was told it was a precautionary measure and had to do another test. It was tight time-wise, but I thought let us see what happens.” “I was told if I do the test on March 1 the results would not come back until the 6 or 7 and that would not be fair to
the opponent.

Shahid also went on to say: “The promotion would rather pull the fight than look for a replacement and I can understand that. Hopefully, the fight will be put on another card.” “I’m gutted but know that medical assessments take priority. I didn’t want
to take it any further even though I had been signed off before.”

“I was so disheartened I could not be bothered to go because I would have had to explain myself to everyone.”

“There’s nothing else to it, but it’s always on the high side during my training camps because I’m training five or six times a day.”

“I will do the tests but on the NHS even in the results don’t come back until a few weeks later.”

“I will keep on training, keep the weight low and look at a possible return in mid- May. Whether or not that will be on the BAMMA show, I’m not sure because I observe Ramadan and that kicks in on the 17th, so I will not be fighting then.”

“I will back with the BAMMA promotion in the future, and even other promotions have contacted my manager to ask about my availability.”