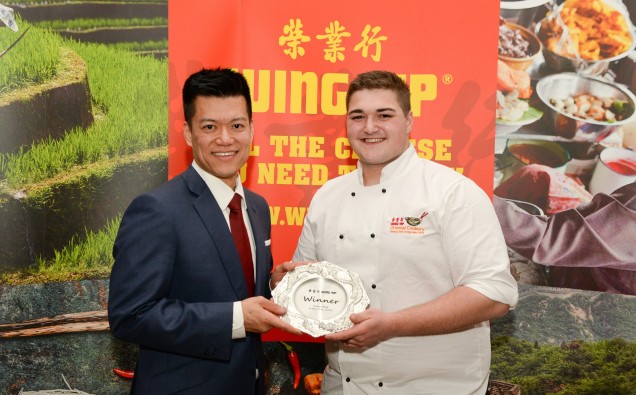 A talented young chef from Essex has been crowned Wing Yip Oriental Cookery Young Chef of the Year 2018.

Conor Bird, 22, from the House of Commons, battled it out in a competitive cook-off at University College Birmingham (UCB) on (Wednesday 28 March), with the winners announced at an official awards dinner.

Conor has not only been awarded the 2018 title but has also won a once in a lifetime trip to Hong Kong where he will be given the unique opportunity to explore the culinary aspects of the city and gain hands-on experience at the city’s leading Michelin-starred restaurants.

On winning in the competition, Conor said: “It doesn’t happen often, but I’m speechless. I really did not expect this and cannot believe I have won! The competition presented lots of challenges, but I am elated all the hard work which I put into preparing for the tasks has paid off. The judges were brilliant and offered some excellent tips along the way – an experience I will take away with me and utilise on the trip. I cannot wait!”

Peter Griffiths said: “This year was incredibly tough for the contestants as we incorporated a set-starter course component, which really tested the culinary skill of the competitors”.

“Culinary competitions such as this one are so important for the development of our chefs of the future, not only so that they can meet other talented chefs and share experiences but also so that they can obtain useful feedback, hints, tips and advice from the judging panel and mentors.

“Every single finalist did a fantastic job and should be incredibly proud of their achievement, in fact, this year it was the hardest year for the judges as the standard was so high, which is why we all agreed to award fourth place, for the first time”.

Conor Bird from House of Commons

Elyse Baxter from House of Commons