The British Asian Trust announced the appointment of Mian Mohammad Mansha as the Chair of their Advisory Council in Pakistan. He joins Sayed Zulfikar Bukhari (Chairman of the National... 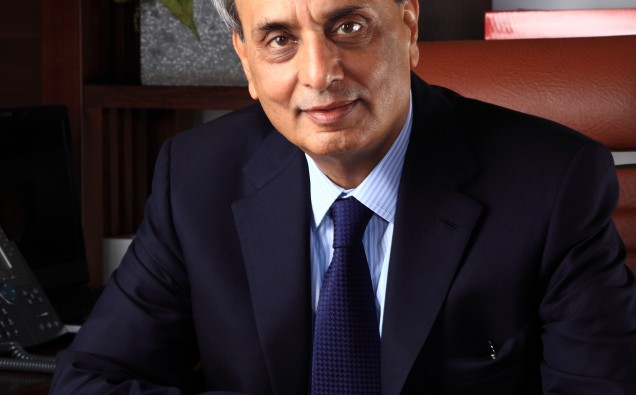 The British Asian Trust announced the appointment of Mian Mohammad Mansha as the Chair of their Advisory Council in Pakistan. He joins Sayed Zulfikar Bukhari (Chairman of the National Tourism Coordination Board), Amin Lakhani (Managing Director at Lakson Group), and Tariq Rangoonwala (Chairman of the Board, Rangoonwala Group of Companies, Pakistan) on the Pakistan Advisory Council.

Mian Mohammad Mansha is a leading businessman of Pakistan and Chairman of the Nishat Group of companies, which holds major business interests in the textile, cement, financial services, power generation, real estate and hospitality, dairy and agriculture, paper products, retail commerce, aviation and automotive sectors. He is a committed philanthropist and provides support to causes in healthcare, women’s education, sustainable tourism, sports, poverty alleviation and social uplift. Mr. Mansha was awarded Pakistan’s prestigious civil award, the Sitara-e-Imtiaz (Star of Excellence) in 2004 in recognition of his contributions to industrial development. He is currently Chairman of MCB Bank Limited and a Board member of the Atlantic Council, USA.

Mian Mohammad Mansha, founder and Chairman of Nishat Group of Companies and Chairman of MCB Bank Limited said: “I am honoured and excited to have been appointed Chair of the British Asian Trust’s Pakistan Advisory Council. I have been enormously impressed with the work of the British Asian Trust in Pakistan, especially the ground-breaking mental health programme, and their focus on supporting thousands of women to secure jobs. I look forward to supporting the organisation to be even more impactful.”

Richard Hawkes, Chief Executive of the British Asian Trust said: “We are delighted that Mian Mansha has joined as Chair of our Pakistan Advisory Council. We hope that his leadership will contribute greatly to our work in Pakistan. It is through the guidance of our Advisory Councils that we do all we can to be impactful, cost-effective and accountable in all our endeavours.”

The British Asian Trust is an International Development organisation that wants to see a South Asia that is prospering and fair for all. The work supports large-scale, sustainable solutions that enable poor and marginalised people to achieve their full potential. It was founded by His Royal Highness, The Prince of Wales and a group of visionary British Asians to deliver effective programmes to help tackle poverty and inequality in South Asia and to date has positively impacted the lives of almost 6.6 million people.

The British Asian Trust has been supporting programmes in Pakistan for over a decade. Over the past three years, its Mental Health programme has reached nearly 16 million people with mental health messaging through mass media campaigns on TV and social media and provided more then 25,000 people with quality mental health care and support. Through the British Asian Trust’s Livelihoods programme, more then 10,000 women and young people successfully improved their livelihoods and income through employment or setting up their own enterprises. With support from UK Aid Match, and other donors, the programme will continue to scale up its impact over the next three years.

One Night in Al Aqsa (The Night of Power)