Applying sunscreen to South Asian children under the age of two could increase their risk of skin cancer later in life, one of the world’s leading experts warned. A... 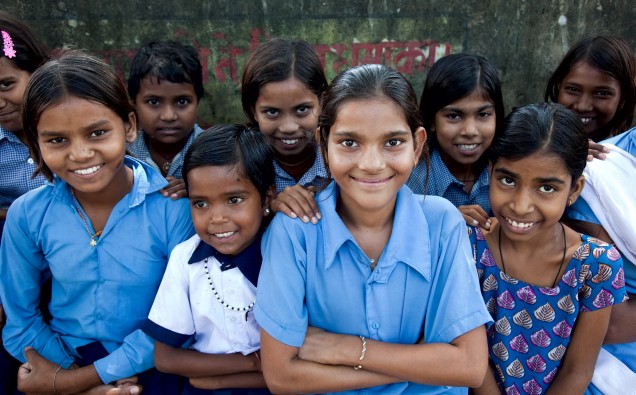 Applying sunscreen to South Asian children under the age of two could increase their risk of skin cancer later in life, one of the world’s leading experts warned.

A ‘self-tanning’ mechanism that protects the skin against the sun’s rays could be prevented from developing properly or be “significantly” weakened through the use of an artificial barrier too early in life.

Though the same process occurs in white and lighter skin, it is more effective in black and dark skin because it is naturally rich in melanin, which gives skin its pigment and protects against UV radiation, and has more melanosomes – cells which produce melanin.

If this natural ‘shield’ is not left to fully mature, typically over a period of two years, it may never do so – leaving individuals unknowingly more susceptible to melanoma.

This poses a greater risk to those with darker Indian sub-continental or Afro-Caribbean skin because they are less likely to use sunscreen as they grow up. As dark skin – types five or six on the Fitzpatrick scale, the pigment classification chart – rarely burns, it is assumed that additional protection from the sun is not required.

But in cases where their natural UV protection is low, individuals who do not apply sunscreen are unwittingly increasing their risk of fatal cancers.

The warnings were issued by Dr Sharad Paul, New Zealand’s most decorated skin cancer expert and one of the world’s preeminent authorities on the subject.

They come just weeks before the summer holidays, when tens of thousands of Britons will be basking in the sun at home or abroad.

Dr Paul – a holder of the Chair’s Award, the NZ Medical Association’s highest honour, for his research and services in the field of skin cancer – and a senior lecturer on skin cancer at the University of Queensland, advises parents with dark-skinned children to avoid applying sunscreen until they are at least two years old.

He said parents should instead cover up their children to protect them from the sun during peak hours.

He said: “Though using sunscreen is definitely proven to prevent sunburn and one study showed it can reduce the risk of melanoma, it could possibly increase the chances of developing the disease if applied too early in life especially in people with a natural ability to tan.

“With babies, the skin is adapting to the environment outside the uterus and is learning how to tan in response to the sun.

“Studies have shown how this tanning mechanism improves between six and 18 months, as the skin adapts to life outside the womb, and the standard medical recommendation is to refrain from using sunscreen with children under six months to allow the tanning response time to mature.

“It is my hypothesis, however, that it could take longer for the tanning mechanism to mature in darker-skinned children.

“Though darker skin types don’t sunburn and dark-skinned adults have a very low risk of skin cancer, using sunscreen in darker-skin children up to two years old may actually make that skin more susceptible to skin cancer later in life.”

Malignant melanoma is now the UK’s fifth most common type of cancer, with around 13,300 people being diagnosed with the disease each year.

In young adults aged 15 to 32, it is now the second-most common cancer.

According to Cancer Research UK, the incidence of malignant melanoma in Britain is now five times higher than it was in the 1970s – with the huge increase blamed on the rising popularity of cheap package holidays since the late 1960s.

By understanding and using sun protection better, Dr Paul believes the 2,100 deaths each year in the UK from malignant melanoma – the most serious form of skin cancer – could be reduced.

Studies suggest that getting sunburnt once every two years can triple the risk of developing the disease, while those at most risk include people with pale skin, lots of moles or freckles, a history of sunburn or a family history of the disease, and those that have used sunbeds.

To reduce the risk of skin cancer, experts advise spending more time in the shade, covering up and using at least an SPF15 sunscreen – though paediatricians advise not to use sunscreen on children under six months of age.

He said: “It is already recommended that babies under six months avoid sunscreen as it can weaken the tanning response and is too risky to use in children so young.

“The problem with this advice is that it is a catch-all statement that does not take different skin types into account.

“Admittedly, it’s a complex topic with many variables and a lack of comprehensive medical research into sunscreens in darker skin types, but as the natural tanning shield takes longer to form in darker-skinned children it seems plausible that sunscreen, especially those with higher SPFs, should be avoided until they are at two years old.”

Dr Paul – whose book, ‘Skin: A Biography’, has just been republished in the UK – also says that the British public is “poorly educated” about skin protection in general.

Holidaymakers, especially, need to better understand their skin type to take the right steps to protect themselves rather than relying on the “marketing gimmicks and myths” of sunscreen manufacturers.

“All sunscreens come with some small risk because of the chemicals they contain, but doctors don’t know the long-term risks as they have not been evaluated,” he said.

“With babies that risk is greater as the skin is thinner, but I would advise anyone to tailor their sunscreen use based on their skin type and outdoor activity, which is something my book delves into.

“Different skin types have different levels of natural protection against UV radiation and differing burn times, but this is not widely understood – even in the medical community – and many people are blindly smothering themselves in sunscreen when they simply don’t need to as they may be indoors all day.”