The unseasonal rain and thunderstorm claimed and many as 64 lives across India, reports suggest.   2019 saw a highly disturbing weather in various parts of nation. As the whole... 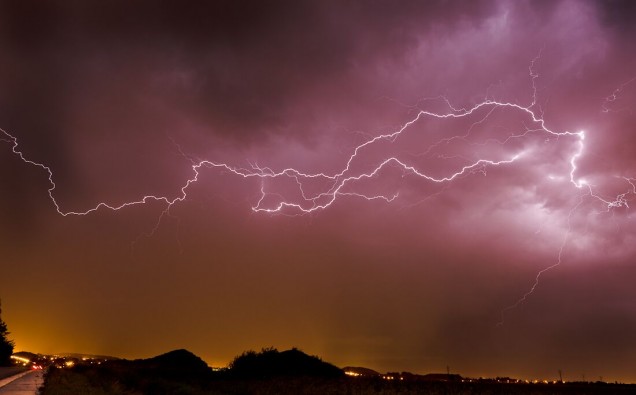 The unseasonal rain and thunderstorm claimed and many as 64 lives across India, reports suggest.

2019 saw a highly disturbing weather in various parts of nation. As the whole of India was struggling with a blistering summer for some days, the onset of the pre-monsoon shower was quite a relief to certain parts from the intense heat with some places recording a 10-12 degree Celsius drop in the maximum temperature a day, its ferocity brought a lot of places to dilapidate.

The high ferocity wind alongside rain resulted in many deaths nationwide.

The unwelcome weather took shape because of the western disturbances being active over eastern Iran and neighbouring countries, causing cyclonic circulation over Rajasthan, Gujarat, Madhya Pradesh, Haryana Punjab, West Uttar Pradesh and the disturbance is expected to move eastwards.

Humid winds from the Arabian Sea resulted in high temperatures. This high temperature and high humidity, in turn, sparked off thunderstorms, according to the Met department. As the temperature surged, the condition came to normal.

The most affected region with maximum deaths was Rajasthan as reported by Rajasthan Relief and Disaster Management Secretary Ashutosh A.T Pednekar with the death toll going up to 25 persons. Madhya Pradesh was observed to have 15 deaths due to the heavy rain accompanied by a thunderstorm. The storm took the lives of 11 people in Maharashtra and 12 in Gujarat and left many severely injured in the accompanying thunder squall.

The PM expressed his deepest despair for the crisis-hit areas and families and assured all possible assistance to those affected. He tweeted “Anguished by the loss of lives due to unseasonal rains and storms in various parts of Gujarat. My thoughts are with the bereaved families”.

Authorities are monitoring the situation very closely. All possible assistance is being given to those affected.

An ex gratia of 2 lakh each would be granted to the next of kin of those killed and Rs. 50,000 for those injured in the natural calamity from PM’s National Relief Fund. The opposition party also came forward in expressing its grief saying it was saddened by the loss of lives by the catastrophe.

The gusty wind brought down the visibility level to an alarmingly low range partnered with the rain clearing it all. Not only did the ill-timed weather change led to ravaging results for human life but also for the cattle and crops.

Punjab and Haryana too were hit by the storm damaging the standing yet to be harvested crop. Meanwhile, the Punjab government has ordered a special survey to access crop damage. The high-velocity wind and uninvited rain decimating the region’s harvest is an alarming call to the political parties making sky-high claims for farmer welfare in their manifesto to fill their vote bank. In relation to this, expressing concern over the crop losses, the Punjab government has promised to provide compensation to the calamity and grief-stricken families at the earliest.