The new passage is now open after agreements between India and Pakistan have been signed, commemorating Sri Guru Nanak Dev Ji’s 550th birthday   The Kartarpur Corridor was first proposed in early 1999 by... 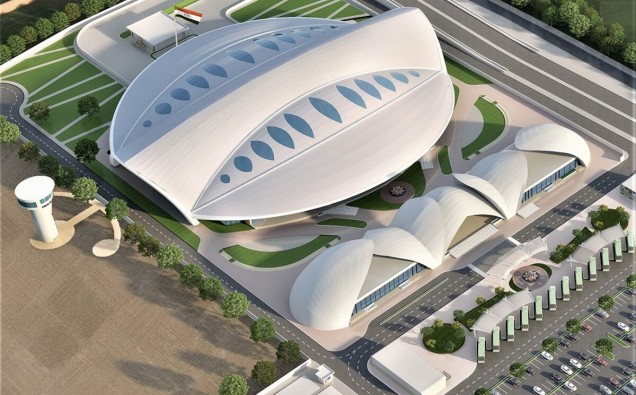 The new passage is now open after agreements between India and Pakistan have been signed, commemorating Sri Guru Nanak Dev Ji’s 550th birthday

The Kartarpur Corridor was first proposed in early 1999 by the prime ministers of India and Pakistan, Atal Bihari Vajpayee and Nawaz Sharif, respectively, as part of the Delhi–Lahore Bus diplomacy.

The Corridor will create an easily accessed entryway for pilgrims travelling between the Dera Baba Nanak Shrine in India’s Punjab, and Kartarpur Sahib in Pakistan. Pakistan is home to the final resting place of the founder of the Sikh religion, and also where Guru Nanak spent the last eighteen years of his life.

The caretaker of Kartarpur reported that the sanctified site was formerly closed from 1947, when both Indian and Pakistan achieved independence, up until 2000. After the partition, the governments of both countries attempted to develop links across their borders by starting visa-free travel. American ambassadors supported them with this prospect. Some of the plans included bus projects and the Samjhota Express, a train which travels between Lahore and Delhi. However, due to some reasons not precisely disclosed, these programs were cancelled.

The original building of Gurdwara Darbar Sahib Kartarpur was destroyed by devastating floods. The present building was constructed between 1920 and 1929 at the cost of Rs 165,060 by Maharaja Sardar Phobinder Singh of Patiala. Later, it was renovated by the Pakistan government in 1995.

In November of last year, the Vice President of India, Venkaiah Naidu made a formal request to open the Corridor of Kartarpur, which was approved by Pakistan PM Imran Khan. Mr Naidu was then given the go-ahead to lay the foundation corner stone for the new project, at the Mann Village of Gurdaspur.

Pilgrims will be able to travel between the two destinations without a Visa, although a permit will still be required, which is to be approved by both Pakistan and India before the journey. India has expressed that it is “disappointed” with Islamabad’s insistence on charging pilgrims a $20 (£15) fee for entering the Corridor, despite repeated protests against the cost.

Pakistan claims that the main reason this facility cannot be provided for free is due to construction costs. Pakistan is also bearing operational expenses for the Corridor, which include wages of employees working there, maintenance and security bills, which must be accounted for on a daily basis. Pakistani citizens will also be unable to use the Corridor to travel to India. Therefore, the country was hesitant to use its own citizens’ taxpayer money to fund a project they cannot even use.

The $20 fee will only be charged at the Kartarpur Border when Indian Citizens will be entering Pakistan to use the Visa-Free Corridor. Indian Citizens can even avoid paying the fee if they don’t use the Corridor Facility and enter Pakistan from Wahgah-Attari, and then visit the Gurdwara Kartarpur Sahib.

The Kartarpur corridor spans out a total of roughly 4.7 kilometres (2.9 miles). It also features a bridge over the River Ravi, which runs across the border of India and Pakistan. The founding corner stone on the Pakistan side was laid by Imran Khan, during late November of 2018.

Thousands of workers have been working in 3 eight hour shifts 24 hours a day over the year with over 100s of companies and contractors involved in this project. The shrine in Pakistan, which spreads to an approximate 42 acres, includes a courtyard, museum, library, locker rooms, dormitories, immigration office and an embankment to prepare the shrine in case of any flooding.

Atif Majeed, said that the Pakistani government had acquired around 800 acres of land and handed it over to the Gurdwara management as a gift. Out of this much land, he said, as many as 42 acres had been allocated for the construction of the Gurdwara complex, and 62 acres for the agricultural purpose of meeting the needs of the Langar Khana indigenously.

Majeed said Ziarat White Marble and the best quality imported tiles had been used in the construction of the complex, which was one of the unique features of the site, built in a record period of just ten months. To extend better health services, he said, a 12-bed hospital had been established where all possible medical care would be ensured to the visiting Yatrees, in case of their ailment.

Majeed said around 250 cameras had been installed to ensure foolproof security arrangements and effective monitoring of the complex, while 1,500 employees were working there for the facilitation of the Yatrees.

Majeed informed that temporary shops had been set up keeping in view the requirements of Sikh Yatrees, adding the shops will depict the culture of all four provinces. He stated that a money exchange centre is set up there as well.

A New Delhi-based leading architectural firm has unveiled the design of the Passenger Terminal Building for the Kartarpur Corridor between India and Pakistan. A state-of-the-art terminal building has been built on a plot of 15 acres at Dera Baba Nanak in the Gurdaspur District of Punjab on the Indian side of the Kartarpur Corridor. The Passenger Terminal Building has a built-up area of about 21650 square metres. It will provide adequate immigration and customs clearance facilities to process the smooth movement of approximately 5000 devotees per day. The building is fully air-conditioned and disabled-friendly. Apart from the other facilities, the complex includes kiosks, cloakrooms and adequate parking space.

Pakistani PM Imran Khan has called Kartarpur Sahib the ‘largest Gurdwara‘ in the world. It is considered to be the second holiest place of worship for Sikhs after the Gurdwara Janam Asthan in Pakistan, which was built to mark the birthplace of Guru Nanak.

The Kartarpur Corridor marks the success of a rare co-operation between the two sides of Pakistan and India, who have a long history of warfare and have had many former break-downs in communication. It is thought that the Corridor will open new ways of trading goods to help the economies of both countries as well. Government officials believe that the Kartarpur passage will host around 5,000 pilgrims daily and roughly 10,000 will be able to visit and pray at the shrine.