Myanmar’s genocide against the Rohingya is continuing unabated, based on evidence in a new report by the Burmese Rohingya Organisation UK (BROUK) today. The international community urgently needs to... 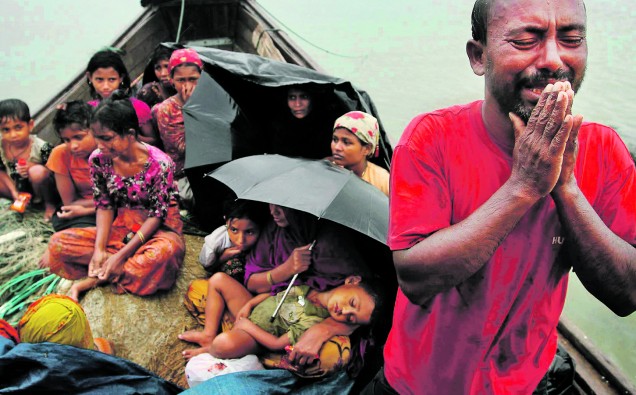 Myanmar’s genocide against the Rohingya is continuing unabated, based on evidence in a new report by the Burmese Rohingya Organisation UK (BROUK) today. The international community urgently needs to do more to stop the genocide, as Myanmar ignores the provisional measures set by the International Court of Justice (ICJ).

“It is six months since Myanmar reported to the court for the first time, and the genocide is still ongoing. The international community needs to step up its efforts to protect the Rohingya, and the court should make it obligatory for Myanmar to publicise its reports”, said Tun Khin, President of BROUK.

Reports from the ground in the past two months clearly shows that the genocide against the Rohingya is ongoing, and that Myanmar has taken no concrete steps to follow the orders of the provisional measures. In April 2020 the Office of the President in Myanmar issued three directives, ostensibly to comply with the ICJ’s provisional measures order: 1. ‘Compliance with the Convention on the Prevention and Punishment of the Crime of Genocide’; 2. ‘Preservation of evidence and property in areas of northern Rakhine State’; and 3. ‘Prevention of incitement to hatred and violence (or) Prevention of proliferation of hate speech’. But no information is available to see how these directives have been implemented or followed, by any level of government or by officials.

Moreover, Myanmar decided not to make its reports to the court public. This makes it impossible for parties outside of the legal process, mostly importantly Rohingya people ourselves, to scrutinise Myanmar’s particular claims regarding its compliance with the provisional measures. For Rohingya this lack of transparency is yet another injustice.

Even with the provisional measures in place, the Rohingya were still excluded from the general election in Myanmar on 8 November. Disenfranchising a whole population claiming they are not citizens in their homeland a foundation stone of the genocidal policies towards the Rohingya that the Myanmar government keeps perpetrating.

“The Myanmar government and military are calculating that they can safely ignore the provisional measures and not face any consequences. It is essential the International community proves them wrong,” said Tun Khin, President of The Burmese Rohingya Organisation UK. “The failure of the international community to implement the recommendations of the UN Fact-Finding Mission has increased the sense of impunity the government and military have, and undermines other international efforts to address the Rohingya crisis.”

The Myanmar government is also continuing its National Verification Card (NVC) process. Within the NVC process Rohingya are denied the right to their own identity and are instead forced to record themselves as ‘Bengali’ and accept the designation of ‘foreigner’. The Rohingya are promised that the NVC card will grant them freedom of movement, access to livelihoods and health care, but for the few Rohingya who have registered for the card, this has not been the case. NVC cards are nothing more than a delaying tactic and the international community needs to stop endorsing the sham process.

During the last six months fighting has intensified between the Burmese military, the Tatmadaw, and the Arakan Army, which has seen the situation deteriorate for all people in Rakhine State. BROUK has documented several human rights violations amount to crimes which constitute part of the genocide against the Rohingya. In one village alone in Mrauk Oo township, which took place on 18 and 29 February. Eight Rohingya villagers, including a 7 year-old boy, were killed by shelling and gunfire when the Tatmadaw used them as human shields during clashes with the Arakan Army. On 28 and 29 February five Rohingya men and a 14 year-old boy were taken from their homes and arbitrarily detained by the Tatmadaw. Their relatives do not know where they were taken or if they are still alive. BROUK is gravely concerned that the detainees may have either been killed by the Tatmadaw or imprisoned and subjected to hard labour, which may also result in their deaths.

In Buthidaung township, two Rohingya children were reported to have been killed in early October when they were forcibly taken by the Tatmadaw to act as human shields. They were part of a group of fifteen Rohingya villagers forcibly conscripted by the Tatmadaw to guide soldiers through terrain believed to have been mined by the Arakan Army. The two children were killed when the Arakan Army reportedly ambushed the column of soldiers.

“Having so far got away with genocide of the Rohingya, the military continue to kill us and commit other violations against us” said Tun Khin. “The military have also turned their guns on the Rakhine civilian population, committing violations of international law against them as well. Impunity for international crimes against the Rohingya encourages more crimes against all ethnic people in Myanmar.”

Students across the UK help to raise over £1.4million for Charity Week, despite the pandemic