In the UAE, guilt by association is a crime. Evidence of wrongdoing is often less important than simply being available to prosecute. Such is the case for 57 year... 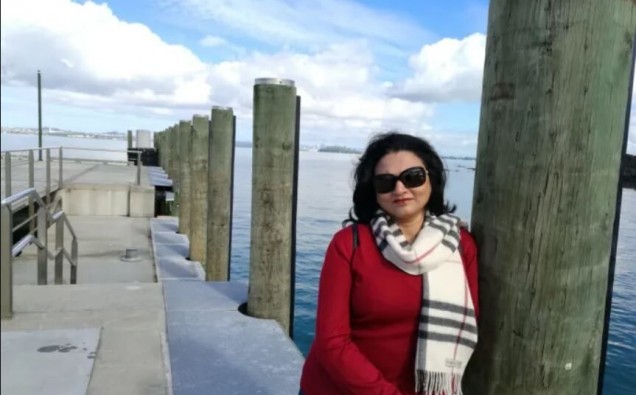 In the UAE, guilt by association is a crime. Evidence of wrongdoing is often less important than simply being available to prosecute. Such is the case for 57 year old Indian national Mary Harold D’Souza, a middle-aged housewife in detention since January 2018 for crimes about which she had no knowledge.

The case is a somewhat complicated shell game in which questionable middlemen made off with millions of dirhams and left the company Rabahi International insolvent, and Mary D’Souza criminally liable for a bounced company cheque she never wrote. Unfortunately, her name appears as a partner on Rabahi International’s business license, and though she held no position at the company, and had no involvement in its activities; in the UAE she can be held accountable for the actions of anyone who worked there.

Mary’s husband, Harold D’Souza was managing Rabahi, but used his wife’s name to register the company because he was already employed elsewhere and restricted from establishing a new business. Rabahi was a limited liability trading firm, in a 50-50 partnership with an Emirati local, who, like Mary, had no active role in the company.

Harold D’Souza was approached by Mike Baqi the director of Spielberger, which was in a joint venture with Qatari Investment firm QNAB. He said he required Rabahi to supply materials for a project. Al Zubair is a real estate company and wanted to supply these materials, but did not have trading license and therefore Mike Baqi and Al Zubair through one of its partners approached Harold D’Souza to supply the materials. Al Zubair would pay Rabahi their costs and Rabahi was supposed to pay Mike and Mike would arrange material and Rabahi was doing the documentation. Once the material was received by QNAB it would pay Rabahi through Mike Baqi and Rabahi in turn would pay back Al Zubair. It was a fairly standard third-party arrangement, and over the course of time, Al Zubair received approximately 45 million AED from QNAB through Rabahi. Harold D’Souza gave Al Zubair security cheques which were to be exchanged for the payments once he received them from QNAB through Mike Baqi.

D’Souza depended upon Baqi to deliver the funds from QNAB to cover the security cheques he submitted to Al Zubair, however, when payment was due for the last instalment, totalling 22 million AED, Baqi failed to deliver. D’Souza was travelling at the time, and had given Al Zubair a blank cheque for security to cover the final payment. When D’Souza did not receive the QNAB money from Baqi, and was unable to submit payment to Al Zubair, the real estate company wrote the blank cheque for over 70 million dirhams (almost 50 million dirhams more than owed), and attempted to cash it.

Baqi had apparently absconded with the money, leaving D’Souza to suffer the consequences; and to make matters worse, Al Zubair took advantage of the blank cheque he had provided them, and used it to demand drastically more money than they were due.

Harold D’Souza, however, was not the one held responsible for the bounced cheques; because his wife Mary was listed on the company license as an owner, she was deemed liable. Despite the fact that she had no role in the business throughout the course of its existence, and had no knowledge of the deal between Rabahi International, QNAB and Al Zubair, Mary was arrested in early 2018, and remains in detention today.

Radha Stirling, CEO of Detained in Dubai, who are representing Mary, says, “An expert report on the case has definitively established that Mary has no connection with the case; just as the other listed partner has no connection with it; yet Mary is in jail while the other partner was never even charged. The alleged culprit, Mike Baqi, has already been arrested, and there is no evidence to justify Mary’s continued detention. She is an elderly woman who is as much a victim in this case as the complainant, and the Public Prosecutor knows this.