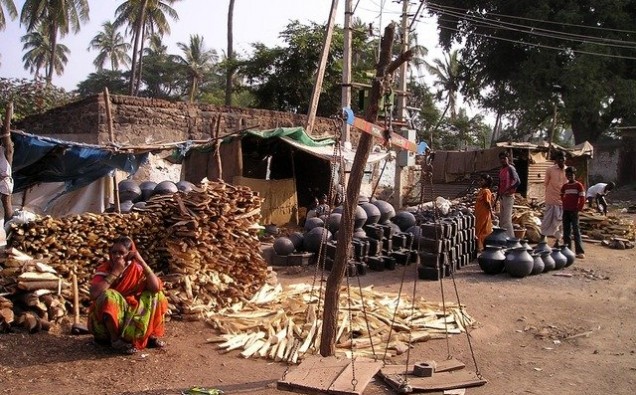 Indian authorities need to urgently adopt measures to protect the country’s poorest and most vulnerable people if COVID-19 containment and relief measures prove inadequate, Human Rights Watch said today. On March 24, 2020, the government announced a three-week nationwide lockdown to contain the spread of coronavirus in the country.

The lockdown has already disproportionately hurt marginalized communities due to loss of livelihood and lack of food, shelter, health, and other basic needs. The government does have a responsibility to protect the health and well-being of the population, but some of these steps have left tens of thousands of out-of-work migrant workers stranded, with rail and bus services shut down. The blanket closing of state borders have caused disruption in the supply of essential goods, leading to inflation and fear of shortages. Thousands of homeless people are in need of protection. Police actions to punish those violating orders have reportedly resulted in abuses against people in need.

“The Indian government is facing an extraordinary challenge to protect over a billion densely packed people, but ramped-up efforts to prevent the spread of the coronavirus in India need to include rights protections,” said Meenakshi Ganguly, South Asia director at Human Rights Watch. “Authorities should recognize that malnourishment and untreated illness will exacerbate problems and should ensure that the most marginalized don’t bear an unfair burden from lack of essential supplies.”

On March 26, the central government announced a relief package to provide free food and cash transfers to the poor and vulnerable populations, and health insurance for healthcare workers, among other things. The government should ensure that those at heightened risk, including sanitation workers (safai karamcharis), community health staff (ASHA workers), early childhood caregivers (anganwadi workers), and people such as midday meal workers – often poorly paid public service officials – who are at the front lines during this crisis, are provided protective equipment, medical benefits, and timely wages.

With more than 80 percent of India’s workforce employed in the informal sector, and one-third working as casual laborers, it is crucial that the authorities make use of maximum available resources to ensure the delivery of services.

The government should take urgent steps to get stranded migrant workers to safety. State governments across the country should immediately set up shelters and community kitchens for those most at need, taking measures to ensure physical distancing.

The government should not use Aadhaar (identity card)-based biometric authentication for the distribution of free food grains to the poor, Human Rights Watch said. Even in normal circumstances, failure of Aadhar has led to denial of essential services and benefits. In Delhi, Muslims displaced by the communal violence in February urgently need relief, compensation and shelter.

The government should pay pending wages for all work under the Mahatma Gandhi National Rural Employment Guarantee Act and expand its scope to those now forced out of work. Rural laborers will not be able to work because of the lockdown and should be given wages during the crisis. Farming communities are facing losses during harvest season and the government needs to step up procurement to protect agricultural income and save the produce.

The authorities should immediately order the police to act with restraint while enforcing the lockdown. In several states, photos and videos show police beating people who are trying to get essential supplies. In West Bengal, police allegedly beat a 32-year-old man to death, after he stepped out of his home to get milk. A video from Uttar Pradesh shows police forcing migrant workers, who were trying to walk home, to hop on the street to humiliate them. Police in Maharashtra allegedly beat homeless people to evict them from streets. Police have targeted daily wage workers, such as vegetable and fruit vendors, milk sellers, auto rickshaw and taxi drivers, and others delivering essential goods. Police have also allegedly harassed doctors and health workers.

Human Rights Watch is increasingly concerned about stigmatization of individuals and a rise in vigilante violence. Police in several states, including Punjab, Rajasthan, Haryana, Uttar Pradesh, Maharashtra, and Andhra Pradesh have publicly shamed them, forcing them to hold posters saying “I am an enemy of society because I will not stay at home.”

In Uttar Pradesh, Delhi, Telangana, and Tamil Nadu, health workers and airline staff faced discrimination from their neighbors and landlords threatened to evict them, fearing they could be carriers of COVID-19. People who have been quarantined have also been stigmatized and threatened with eviction. The national health minister expressed sadness at social discrimination against doctors, nurses, and paramedics.

Despite rising mob violence in India, the state governments of Rajasthan and Karnataka made the names and addresses of people affected by COVID-19 public, putting them at risk of assault. In Delhi, Chandigarh, Maharashtra, Rajasthan, West Bengal, and Uttar Pradesh, officials marked homes where people were under quarantine, in some cases displaying their names. The Election Commission allowed the use of indelible ink to stamp people for home quarantine and Maharashtra government said it would stamp the left hand of all those sent to home quarantine – heightening their risk of abuse.

Jan Swasthya Abhiyan, the People’s Health Movement called these measures “arbitrary and reactionary” that “would instead cause fear, isolation and stigmatization” and prevent people from coming forward for testing. In a letter to the national minister of health, it urged the government to stop these measures and respect the privacy and confidentiality of those affected by COVID-19.

“The authorities in India should take all necessary steps to ensure that everyone has access to food and medical care, and that the poor and marginalized are not mistreated or stigmatized,” Ganguly said. “The Indian government’s responsibility to protect its people from the outbreak should not come at the cost of human rights violations.”

BUYACAR LAUNCHES FREE DELIVERY AND WARRANTIES FOR KEY WORKERS, IN THE FIGHT AGAINST GROWING CORONAVIRUS PRESSURES

UK CV MANUFACTURING DOWN -13.6% IN FEBRUARY, AS SECTOR SUPPORTS FIGHT AGAINST CORONAVIRUS