Joram van Klaveren, former Dutch Politician and Member of Parliament for the Freedom Party (PVV), has stated that he has now converted to Islam. The conversion comes as a... 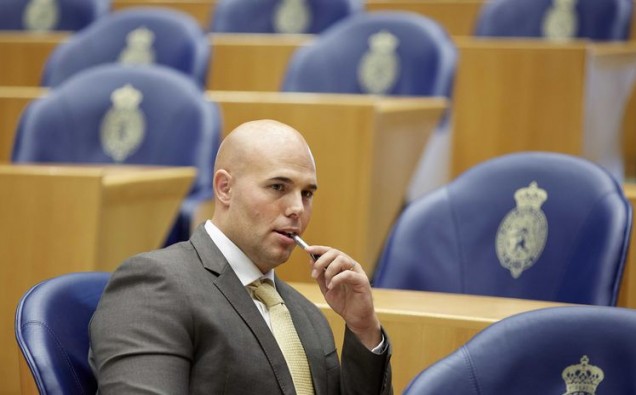 Joram van Klaveren, former Dutch Politician and Member of Parliament for the Freedom Party (PVV), has stated that he has now converted to Islam.

The conversion comes as a shock to many, as Klavern was formerly a Member of Parliament who represented Geert Wilder’s anti-Islamic far-right party. During this time, Klavern had announced that Islam is apparently “a lie” and that the Muslim faith’s holy book, the Quran, is “poison.”

The 40-year-old was attempting to write an anti-Islam book when his views became swayed. He stated that he was merely “incorrect” about what he said in the past as his views had now entirely changed.

Mr van Klaveren’s book, which he initially planned to be anti-Islam work, will now be titled Apostate: From Christianity to Islam in the Time of Secular Terror.

“During that writing, I came across more and more things that made my view on Islam falter,” he confessed to a Dutch radio station.

Mr Van Klaveren was an MP for the PVV from 2010 up until 2014, but left after party head Mr Wilders asked followers if they wanted fewer Moroccans in the Netherlands. This was during a rally in 2014, after which locals replied “yes” and Klavern shortly left the party afterwards.

Mr Wilders has contrasted his ex-right-hand man’s conversion as liking to “a vegetarian going to work in a slaughterhouse.”

Klavers in not the only ex-member of his party who has joined the conversion route to Islam. In April of 2012, Arnoud Van Doorn, another ex-PVV member also converted to Islam. Van Doorn showed his support for van Klaveren on social media via Twitter, saying he never believed that he would see so many converts from his former party.

There are many other people in History who have gone on to leave their former beliefs behind and convert to Islam. Irish singer Sinéad O’Connor converted in late 2018 and began wearing the hijab, astonishing many fans across the world and receiving approval from much of the Muslim followers of the faith.