As freak flooding affects hundreds of thousands in some of the world’s poorest countries, Islamic Relief UK asks the British Muslim community to call on the Prime Minister to... 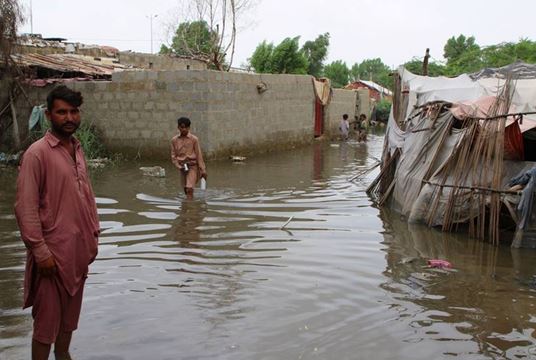 As freak flooding affects hundreds of thousands in some of the world’s poorest countries, Islamic Relief UK asks the British Muslim community to call on the Prime Minister to act urgently for a healthy, greener, fairer tomorrow

Following weeks of intense flooding in some of the world’s poorest countries, Islamic Relief UK is calling on the British Muslim community to make its voice heard in the fight against the climate crisis.

Over the past two weeks countries in which the faith-inspired aid agency operates, including Bangladesh, Afghanistan, Pakistan, Niger, Sudan and South Sudan, have all experienced unprecedented heavy flooding.

Islamic Relief UK is now calling on supporters to not only support its emergency response fund for those affected, but to also use their voice to make change by signing a declaration from the Climate Coalition, of which Islamic Relief UK is a member, to Prime Minister Boris Johnson.

The coronavirus outbreak has scuppered plans for this year’s Cop26, the UN’s annual global climate change summit, which was set to take place in Glasgow in November. But with increasingly limited time to tackle climate change, the Climate Coalition is asking the British public to send a message to the government saying that we want to see the UK forge a resilient recovery for a healthy and safer world, and inspire others to follow.

The declaration tells the government that we can build back better together if we:

Maria Zafar, Campaigns Co-ordinator at Islamic Relief UK, said: ‘While we have all faced unforeseen challenges over the past seven months, we have been ever grateful to the British Muslim community for its unwavering support for our work in some of the world’s poorest communities.

‘However, donating to support people in times of crisis is no longer enough on its own. If climate change continues its path it will make floods and other weather-related disasters more frequent and intense in the future. The extreme floods that we are seeing today could just be the tip of the iceberg.

‘Countries like Afghanistan, Pakistan, Bangladesh and Niger are the hardest hit by the impacts of climate change. We need to tell governments to leave no-one behind in their economic recovery. We can build back better together if we unleash a clean energy revolution; protect, restore and expand our green and wild spaces; and leave no-one behind by supporting those most vulnerable to the impacts of climate change at home and abroad.’

Ali Shahbaz, a staff member at Islamic Relief Pakistan said: ‘Flooding in Pakistan has been really bad this year. On 27 August, Karachi received the heaviest rainfall in a single day of its recorded history. People living in urban slums have seen their homes fill up with rain water.

‘Long power outages and water logging – when soil gets saturated with water – have added to the misery of local communities. In rural areas, like Thatta and Sajawal, villagers’ homes have been submerged in water, forcing people to migrate to safer areas.

‘The rainfall has caused severe damages to crops and overall civic infrastructure. These unprecedented rainfalls are a clear indicator of the drastically changing climate.’

You can sign up to The Climate Coalition’s declaration here

BOLLYWOOD STAR RHEA CHAKRABORTY MUST HAVE A FAIR TRIAL