The first COVID-19 lockdowns led to significant changes in urban air pollution levels in Delhi and other major cities around the world, but the changes were smaller than expected... 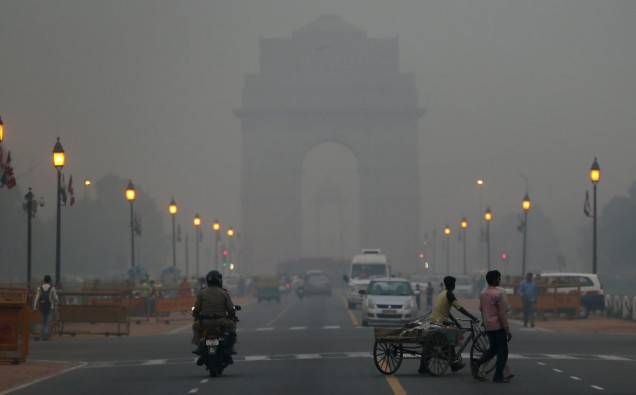 The first COVID-19 lockdowns led to significant changes in urban air pollution levels in Delhi and other major cities around the world, but the changes were smaller than expected – a new study reveals.

After developing new corrections for the impact of weather and seasonal trends, such as reduced NO2 emissions from winter to summer, the researchers evaluated changes in ambient NO2, O3 and fine particle (PM2.5) concentrations arising from lockdown emission changes in 11 global cities: Beijing, Wuhan, Milan, Rome, Madrid, London, Paris, Berlin, New York, Los Angeles and Delhi.

Led by experts at the University of Birmingham, the international team of scientists discovered that the beneficial reductions in NO2 due to the lockdowns were smaller than expected, after removing the effects of weather.  In parallel, the lockdowns caused (weather-corrected) concentrations of ozone in cities to increase.

NO2 is a key air pollutant from traffic emissions, associated with respiratory problems, while ozone is also harmful to health, and damages crops.

Publishing their findings today in Science Advances, the research team also reveals that concentrations of PM2.5, which can worsen medical conditions such as asthma and heart disease, decreased in all cities studied except London and Paris.

Lead-author Zongbo Shi, Professor of Atmospheric Biogeochemistry at the University of Birmingham, commented: “Rapid, unprecedented reduction in economic activity provided a unique opportunity to study the impact of interventions on air quality. Emission changes associated with the early lockdown restrictions led to abrupt changes in air pollutant levels but their impacts on air quality were more complex than we thought, and smaller than we expected.

“Weather changes can mask changes in emissions on air quality. Importantly, our study has provided a new framework for assessing air pollution interventions, by separating the effects of weather and season from the effects of emission changes.”

Roy Harrison, Queen Elizabeth II Birmingham Centenary Professor of Environmental Health, a co-author, commented: “The reduction in NO2 will be beneficial for public health – restrictions on activities, particularly traffic, brought an immediate decline in NO2 in all cities. Had similar levels of restrictions remained in place, annual average NO2 concentrations would have in most locations complied with WHO air quality guidelines.

William Bloss, Professor of Atmospheric Sciences, who is also a co-author, commented that “We found increases in ozone levels due to lockdown in all the cities studied. This is what we expect from the air chemistry, but this will counteract at least some of the health benefit from NO2 reductions. The changes in PM2.5 differ from city to city. Future mitigation measures require a systematic air pollution control approach towards NO2, O3 and PM2.5 which is tailored for specific cities, to maximize the overall benefits of air quality changes to human health.”

Scientists at Birmingham used machine learning to strip out weather impacts and seasonal trends before analysing the data – site-specific hourly concentrations of key pollutants from December 2015 to May 2020.