Arsenic-Laced Water in Bangladesh Could Risk Over 20 Million Deaths

The Bangladeshi Government is falling short in adequately addressing the clean water crisis across large rural areas of the country. In a recent report, Human Rights Watch (HRW) has... 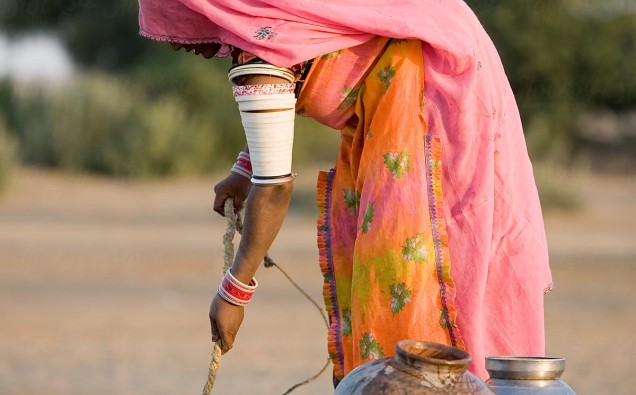 The Bangladeshi Government is falling short in adequately addressing the clean water crisis across large rural areas of the country. In a recent report, Human Rights Watch (HRW) has estimated that around 20million Bangladeshi citizens do not have a source of safe and uncontaminated water to drink from.

The figure has come as a shock for many, especially since prominent steps were taken to purify Bangladesh’s water supply at the start of the millennia. Statistics report that as many as 43,000 deaths take place per year as a direct result of the country’s citizens drinking arsenic-laced water, many of whom are poor and living in underdeveloped areas.

The issue stems from natural arsenic content being found in Bangladeshi groundwater, as is similar to other parts of Asia such as China, Taiwan and Nepal. Drinking water with high-arsenic content can have a range of long-term harmful effects on the human body. These can include Skin lesions, cancer of the kidneys, lungs and bladder, diabetes, heart-attacks and impaired intellectual function.

In children, arsenic ingestion into the body can significantly impact their development process. This includes neurological impairment and an increased risk of cancer diagnosis as adults. Newborn babies may even have a reduced birth weight or be more prone to infant mortality.

In the country’s capital of Dhaka and other large cities, water is still clean for consumption and unpoisoned. This is because it is drawn up from deep under the ground as it undergoes pipe purification, or it is filtered before distribution to local homes and public buildings.

However, the HRW report has declared that since the arsenic death figures were first made known to the world in 2003, a poor level of action has been taken by Government councils to address the issue. In rural areas, roughly around 10million of Bangladesh’s population still draw water from hand-pumps and communal wells. The new pumps that have been installed to combat the issue at the turn of the century are largely based in areas where government officials are to be benefitted only.

“The government acts as though the problem has been mostly solved, but unless the government and Bangladesh’s international donors do more, millions of Bangladeshis will die from preventable arsenic-related diseases” said Richard Pearson, senior researcher at HRW.

Human Rights Watch interviewed 134 individuals for the basis of their report. This included inhabitants of rural villages and staff of NGOs. Some statements from those interviewed included the following:

“I’ve never been to a hospital; I’ve never seen a doctor. I take no medication. No one from the government has ever told me anything about arsenic or that I suffer some effects of arsenic poisoning.”

–Astha, a woman in her 40s living in Ruppur village, possibly identified as having arsenic-related health conditions.

“There are no government-installed water sources in this area. Look at my children! Even if we feed them as best we can and look after them well, they will fall sick from arsenic in the water.”

–Khobor, a farmer in his mid-30s in Bilmamudpur village, with arsenic-caused skin lesions on his chest and feet.

It has been estimated that as many as 5 million children born from the year 2000 to 2003 may die after being exposed to lethal arsenic contaminants in Bangladesh’s water supply.

Technology Changes the World of Food