Twenty-two aid organisations working in Yemen remain extremely concerned about the humanitarian consequences of the designation of Ansar Allah as a Foreign Terrorist Organisation (FTO) and Specially Designated Global... 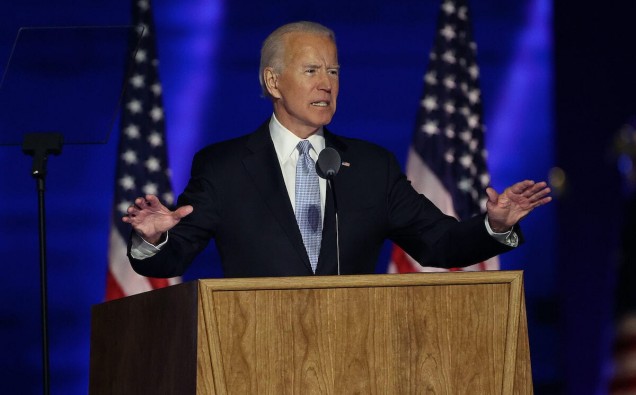 Twenty-two aid organisations working in Yemen remain extremely concerned about the humanitarian consequences of the designation of Ansar Allah as a Foreign Terrorist Organisation (FTO) and Specially Designated Global Terrorists (SDGT) which came into effect on 19 January. This designation comes at a time when famine is a very real threat to a country devastated by six years of conflict, and it must be revoked immediately. Any disruption to lifesaving aid operations and commercial imports of food, fuel, medicine and other essential goods will put millions of lives at risk.

The four general licences issued by the US government aim to allow the continued flow of aid to Yemen, seeking to mitigate the impacts of the designations by providing broad authorisations for humanitarian organisations, and some commercial imports. The legal implications of the designation and its impact on our work on the ground are yet to be fully clarified and understood. However, it is already clear that even with licences and exemptions in place for humanitarian work, the designation will have serious implications, causing delays and uncertainty in our ability to deliver assistance, making it even more difficult to operate in Yemen, particularly in areas controlled by the Ansar Allah de facto authorities which are home to the majority of people in need.

In addition to the lack of clarity on the humanitarian activities authorised in the licences, we have grave concerns that the licenses do not cover enough of the commercial sector. This will cause disruptions as the licences and associated guidance do not provide sufficient guarantees to international banks, shipping companies and suppliers that still face the risk of falling foul of US laws. As a result, many in the commercial sector will likely feel the risk is too high to continue working in Yemen. Yemeni import companies, which bring in 80 to 90 per cent of the country’s food, fuel and medicines, are already warning that they may have to shut down business. Crucially, this will drive up prices of food, fuel and other basic goods, bringing these essential items even further out of people’s reach in a country where 16 million people are close to starvation. Disruptions to the commercial sector, and increased prices will also affect humanitarian programmes as aid agencies are reliant on local markets to source supplies and transport goods across the country. For example, further disruptions to fuel imports will escalate a long running fuel crisis in the country and will impact the provision of clean water, public transport, agriculture, powering generators in hospitals and other services supported by the humanitarian response. Aid agencies cannot fill the gap or replace the commercial sector, even with licences or other exemptions in place: the scale is too immense.

Yemen’s economy is seeing record levels of inflation and Covid-19 has heavily impacted people’s livelihoods. This designation will likely mean that banks will stop lending money and providing financial services to Yemen as we have seen in other contexts. Yemenis working abroad who send money home to their families will struggle to do so through formal channels. Remittances are a lifeline, with up to one in ten Yemenis relying on them to meet their essential needs. They are the biggest source of foreign exchange into the country, making up to 20 per cent of the country’s GDP. Yemen’s access to foreign currency which is already limited will be further threatened, making it even more difficult to import goods and pushing inflation even higher. Humanitarian organisations are concerned the designation will make it even more difficult to access financial services, to wire money in to Yemen, to make bank transfers, pay staff salaries and to deliver cash programmes which make up a significant portion of the food security response in Yemen. Humanitarian exemptions will not be able to shield the country from another major economic shock at a time when people are struggling to make ends meet.

This is why today we make an unprecedented and united call for the Biden administration to immediately revoke the designation. This echoes the urgent calls made by UN leaders during the 14 January United Nations Security Council briefing on Yemen. Revocation is the only effective way to protect Yemeni civilians from the potentially catastrophic humanitarian impact the designation will cause.

Finally, the designation of Ansar Allah as a terrorist organisation will likely hurt UN-led efforts to find a peaceful solution to the conflict, as Martin Griffiths warned in his Security Council briefing. By supporting the UN-led peace process – the only sustainable solution to the crisis in Yemen – the new Biden administration still has the chance to reverse the course of the designation and instead mobilise the warring parties and international community to end the conflict and suffering.

IS 2021 SHAPING UP TO BE THE YEAR THE TRAVEL INDUSTRY TAKES DIVERSITY SERIOUSLY?

Friends like sound of a sponsored silence for Unique charity