Hundreds of students across Bangladesh are protesting after an undergraduate was beaten to death at one of the country’s most prestigious universities.   Abrar Fahad, 21 was found dead in a... 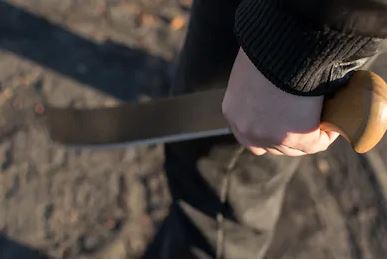 Hundreds of students across Bangladesh are protesting after an undergraduate was beaten to death at one of the country’s most prestigious universities.

Abrar Fahad, 21 was found dead in a dormitory, just days after he posted comments criticising the government.

Members of the student wing of the governing Awami League have been detained in connection with Fahad’s death.

The killing has shocked Bangladesh and has also shone a light on the culture of violence in public universities.

The Bangladesh Chhatra League (BCL) has been widely accused of using torture and extortion against students.

The Bangladesh government has promised to bring those responsible for Fahad’s death to justice, after his body was discovered at the Bangladesh University of Engineering and Technology, located in the capital city, Dhaka.

Torturing of public university students is nothing new in Bangladesh. Students are often forced to attend rallies and meeting just to be able to stay in their dormitories.

Abuse is common inside universities, if you have different views on situations or are defying the order of the leaders.  In 2018, when school students took part in the road safety protests, they were beaten by unknown attackers in helmets.

During the same year, BCL supporters attacked protesting students at Rajshahi University and one of the victims was picture being beaten with a hammer which went viral on social media.

Political parties have been using their student wings as their muscle for a long time. However, parties are not allowed to have official student wings.

The senior leader of the Awami League stated that it might be time to rethink whether this kind of politics should be supported. Many people in Bangladesh shared the same view.

Students in Dhaka and other cities in Bangladesh staged street protests and chanted slogans. The protests continued on with students demanded that those found guilty of the killing, receive the death penalty.

Former students and teaching staff also joined the demonstration which took place on the university campus.

“This is totally unacceptable that a student will die from torture in a residential hall,” said AKM Masud, president of the Buet Teachers’ Association, according to Bangladeshi site bdnews24.com.

“Abrar Fahad’s death has proved the authorities’ complete failure to ensure the safety of students.”

A police spokesman said that, after examining the CCTV footage, investigators detained nine men from Abrar Fahad’s dormitory and at least five of them were BCL activists. However, the number of arrests had risen to 13.

Dhaka deputy police commissioner Munstasirul Islam confirmed to the AFP news agency that the student was between to death.

BCL members said that Abrar Fahad had been “questioned” and beaten over alleged links to an Islamist party, which occurred after he wrote a post on social media where he criticised the government over a water-sharing deal with India.

In a statement, the BCL said that after carrying out investigations, they expelled 11 members of the Buet division.