Six novels announced as finalists for the coveted $25,000 prize to commend the best of South Asian fiction writing.    DSC Prize provides recognition for authorship on the... 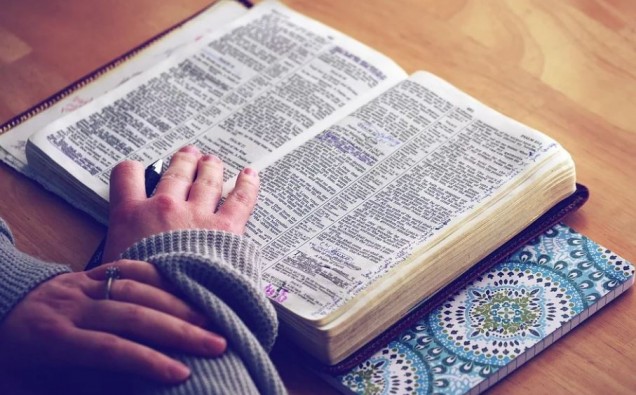 The long-awaited shortlist for the DSC Prize for South Asian Literature 2019 has been unveiled at an inspirational event at the London School of Economics & Political Science. Now in its 9th year, the DSC Prize for South Asian Literature is one of the most prestigious international literary awards specifically focused on South Asian fiction writing, commending authors writing on the region and encouraging increased diversity in the literacy sector. South Asian writers as well as writers of any ethnicity writing about South Asia and its many diasporas are eligible for recognition for their commitments to the rich and varied world of literature in the region.

This year the shortlisted novels include a stunning concoction of emotion, thrill, humour and thought provocation as the very best of South Asia’s increasing literature presence was highlighted with six novels from applicants around the world. From stories of a troubled brotherhood to a missing fingertip, from gorgeously tactile, sweeping historical and socio-political scopes to a fight for freedom, from deep explorations of toxic masculinity to the trappings of a conformity induced marriage – the 6 shortlisted novels boast a pool of uniquely talented writers and encapsulating stories.

The shortlisted entries contending for the DSC Prize for South Asian Literature 2019 are:

The shortlisted entrants reflect the global interest, including two American citizens in Jamil Jan Kochai (Afghan origin) and Sadia Abbas (Pakistani origin). The growing global importance of South Asia coupled with the sweeping changes that are affecting the lives of the people in the region has encouraged more and more diverse writers to write about it.

The shortlist announcement evening was attended by distinguished guests and dignitaries including the Co-Founder of the DSC Prize for South Asian Literature Surina Narula MBE, international bestselling novelist, playwright and Founder Director of the Women’s Prize for Fiction, Kate Mosse OBE, two of the Jury members of this year’s Prize Harish Trivedi, (Jury Chair) former Professor of English at the University of Delhi who has written extensively on colonial and post-colonial literature, and Jeremy Tambling, former Professor of Literature at the University of Manchester with an interest in present and past literatures, in critical theory, and in film, Mukulika Banerjee, Director at LSE South Asia Centre, and best-selling Indian author and Amish Tripathi, Director, Nehru Centre.

The keynote address was delivered by Kate Mosse OBE and she spoke before the audience to discuss women in writing and publishing both in South Asia and globally. Talking up the importance of prizes in literature, Mosse said “Prizes matter because they keep works of quality on the shelves. We feel that we can go onto the internet and find everything, but if we don’t know what’s there, we don’t look for it. Prizes and accolades enable more writers to exist and more readers to read. If a particular book attracts a particular prize, they get publishers. The more we hear from different voices all over the world, the richer we are. Prizes provide platforms for other people to speak for themselves instead of being spoken for.”

Highlighting the importance of the DSC Prize for South Asian Literature, she further added, “Two prizes are very important to me, The Foreign Translation prize and DSC. I love the idea that it is incredibly open. It is not about where your parents lived or where you were born, it is about shared stories. The prize offers imagination and spark and a chance to honour other people’s stories.

Administered by the South Asian Literature Prize & Events Trust, the DSC Prize received a record 90 eligible entries this year from 42 publishers and 55 imprints from across the globe. The five-member international jury panel diligently adjudicated to select a final shortlist of 6 novels. Founded in 2010 by Surina Narula MBE and Manhad Narula, the winning author is awarded a US $25,000 prize.

Surina Narula MBE, who was present at the occasion said, “I thank the international jury panel for going through all the entries and coming up with this exceptional shortlist for the DSC Prize 2019. We already had a very impressive longlist of 15 books and bringing this down to a shortlist of six must have been quite a challenging task for the jury. Each of the shortlisted books is a must read and together they represent the very best of South Asian fiction writing.

As the prize has always aimed to encourage fresh writing about the South Asian region, I am delighted to find women writers, debut novelists and a translated work on the shortlist, including voices from beyond the region. My congratulations to each one of the shortlisted authors and translator and I wish them the very best for the final award ceremony in Nepal in December.”

Speaking on the occasion, Jury Chair Harish Trivedi, said, “The shortlist that we have arrived at comprises six novels – for the good reason that the five jurors, located in five different countries, could not agree on just five novels. There are two women here, and three debut novelists including both the women.

“Three of our writers live in South Asia and three live abroad – which fact may not come as a complete surprise. There is now a South Asia beyond South Asia. Two of the six novels are set partly in New Delhi, and partly in the surrounding countryside in one case, and in the other case partly on the Baltic coast. One of the novels is set in Pakistan of the 1970s, one in Kashmir, and one in Afghanistan. The sixth is actually set in a prison and was written originally in Bengali by an author who has actually served time and used that period to learn to read and write. That too is South Asia.”

The DSC Prize for South Asian Literature prides itself on a thorough and transparent judging process and is modelled on global best practices. The international jury panel, which comprises literary luminaries drawn from diverse geographies and expertise, is solely responsible for deciding and arriving at the longlist, the shortlist and the ultimate winner and their adjudication is final. Following the announcement of the shortlisted entries, the jury will convene again to select the winning author, ahead of the final award ceremony to be held at the at the IME Nepal Literature Festival in Pokhara in Nepal on the 16th December 2019.

Stress Awareness Week – Why we need to stress about stress!