In 2012, Wilcox and Drew found that people who spent quality time with their partner at least once a week were 3.5 times more likely to report being ‘very happy’ in their... 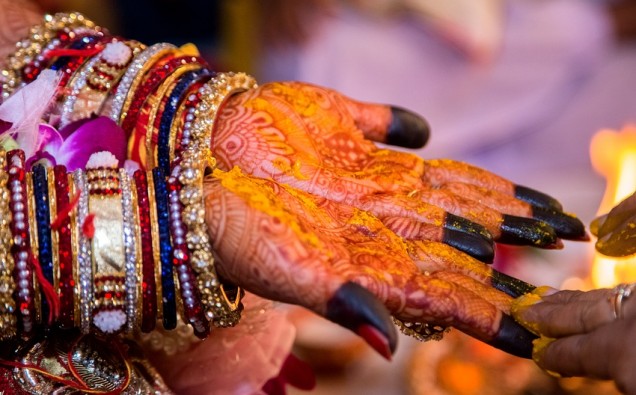 In 2012, Wilcox and Drew found that people who spent quality time with their partner at least once a week were 3.5 times more likely to report being ‘very happy’ in their relationship compared to those who didn’t.

Chandni’s words over seven years ago are engrained in my memory. She said: “Fateha, I’ve learned a lot from observing two brides in our family who got married around the same time. The first bride did her own thing and was heavily scolded by the Uncles and Aunties. The second bride was praised non-stop. Who do you think is blissfully married today?”

My initial thought was, “why don’t people talk about the groom?!” She slowly said, “it’s the first bride”.

My friend, Nadia, is a stay-at-home mum with two children below age 5. She met her husband through common friends and got married after a year of getting to know eachother. She has been living with her in-laws for the past 7 years. In the first 2 years of her marriage, she worked as a teacher and was without children. Her husband spent most of his time socialising with his friends and she did not see him much. She was stuck at home with her in-laws almost every evening. Nadia expressed, “I was getting more bitter and resentful towards him and the marriage”.

Nadia’s husband became more present and hands-on with the children 5 years into their marriage. She said, “In the past 8-10 months, we sit and watch more TV. We try and go out more and have more day trips”.

Nadia shared, “I moved in with the Brady Bunch! They were just the perfect family who would kill for one another. I am from a family who argue and fall out but there’s still love. I felt the pressure to be amazing. The perfect wife and daughter-in-law. I was always being compared to his sister. Her in-laws were quite ‘old-school’, they weren’t nasty but would make sly comments. They would have an issue with her staying with her mother for a few nights. Nadia said, “It’s one rule for me and another rule for my sister-in-law. She too was married but would come and stay and spend time with my mother-in-law”.

Here are some of Nadia’s tips:

It is vital to have a strict routine. This will allow you unwind and spend time with your spouse or yourself for 2-3 hours in the evening.

“My children are abit of a terror and I am wiped out by the end of the day. I make sure they are in bed by 8pm. I do get teased about it by my in-laws”.

Start as you mean to go along otherwise resentment arises.

Nadia sighed, “I cook 30 dishes per week for my in-laws”. For years, Nadia would seek approval from her in-laws to go out which she later regretted. She advised, “Set boundaries from Day 1. Your life is your life. Don’t let your in-laws have a say”. Nadia added, “I now put my mother-in-law in place when she has digs”.

Make it a rule to have a family day out once a month with your spouse and your children.

If you have family or friends who are available, take them up on their offers to babysit. It’s good for couples to enjoy quality time together without the children. It’s also good for children to be independent and enjoy time away from their parents without having anxiety and outbursts.